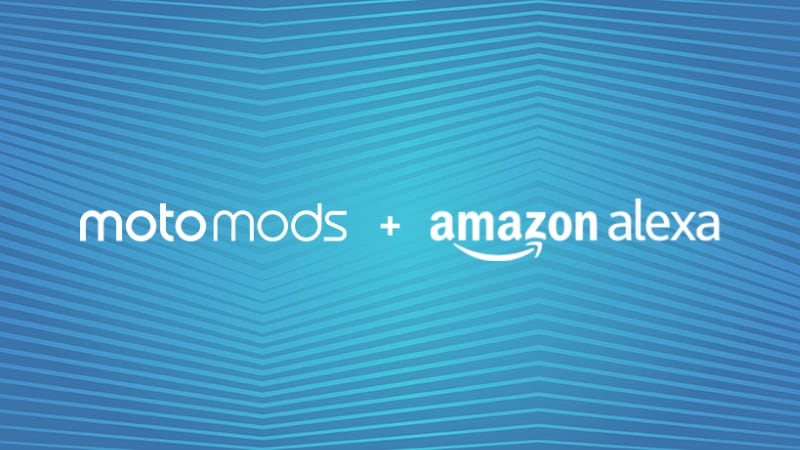 It seems like the battle for digital assistants is about to get intense as Amazon and Lenovo will be bringing former's voice-based digital assistant Alexa to latter's Moto smartphones later this year. An Alexa Moto Mod for Moto Z smartphones is also in development. Considering that Lenovo just launched its Moto G5 and G5 Plus smartphones at MWC 2017 with support for Google Assistant, it will be interesting to see which assistant will be preferred by the company (and by users) for its upcoming flagship smartphones.

The integration of Amazon Alexa with Moto smartphones that's due later this year, would ensure that users will not have to use any physical or on-screen buttons to unlock their device and activate the digital assistant as it is in always-listening mode. Moto says that this is just the beginning of the partnership between Alexa and Motorola.

Amazon Alexa, which already features in its voice-activated Echo and Dot speakers, will now also be making its way to Moto Z smartphones later this year first in the form of a Moto Mod accessory. "With our Amazon Alexa Moto Mod, you can easily perform everyday tasks while on the go, like controlling your smart home, checking the news, requesting a ride from services like Uber, and more - using just your voice," the company said in its blog post. Notably, the company has not provided any specific details about the Moto Mod that would provide Alexa support to Moto Z smartphone.

The company in its blog also reveals that other new Moto Mods are coming - including a Moto Power Pack that automatically charges the smartphone and will be available from March at $49 and EUR 49. Other new Moto Mods we can expect, according to the company, are a wireless charging Mod, a Gamepad Moto Mod, a Turbo Power Moto Mod, and a charging adaptor.

As Lenovo has also introduced Google Assistant, previously available just for Pixel smartphones, to its Moto G5 and Moto G5 Plus devices, it will be interesting to see if it will integrate Alexa to its future flagships or stick with Google Assistant. Google also announced that all devices running Android 6.0 or higher will soon get Google Assistant support.

Google Assistant and Amazon's Alexa are being seen as direct rivals and as Google entered Amazon's territory with its Home speakers, it seems only fair that Amazon is now entering the space currently dominated by the search giant. We have will have to wait and see how the partnerships between the companies evolve in the upcoming months.

Nokia to Supply Xiaomi With Fibre-Optic Network and a 'Private Cloud'
Nokia 3310: What's in a Name? As It Turns Out, Everything