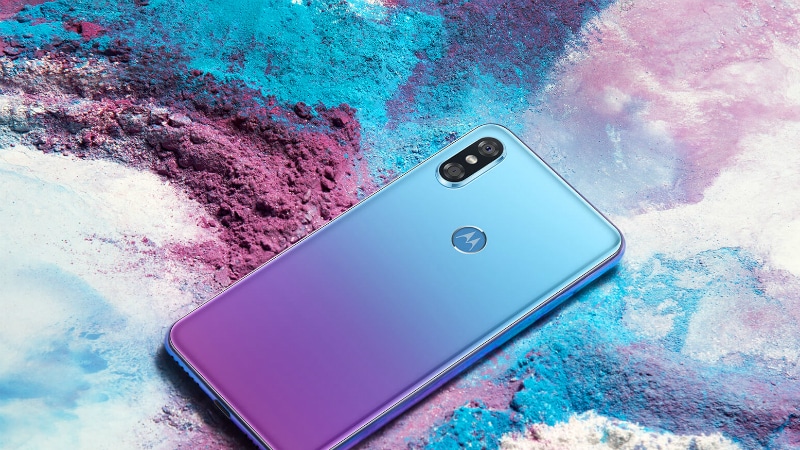 Moto P30 sports an iPhone X-like design with a gradient glass back.

Following a leak from earlier this week, Lenovo-owned Motorola has now made official the latest Motorola P30 mid-range smartphone in China. Key highlights of this iPhone X-lookalike include an 18.7:9 display, the Qualcomm Snapdragon 636 SoC, and a glass back with gradient colour design. Interestingly enough, this smartphone runs the custom ZUI 4.0 skin on top of Android 8.0 Oreo. Apart from that, the phone maker has also revealed names of handsets that will get the Android Pie update later this year, including models from 2018 as well as 2017.

Motorola P30 price in China is set at CNY 2,099 (roughly Rs. 21,400) for the base variant with 6GB of RAM and 64GB of internal storage and CNY 2,499 (approximately Rs. 25,400) for the 6GB RAM/ 128GB storage. The smartphone will be made available in China starting September 15, in Aurora Blue, Black, and White colour options. A Weibo post by Motorola states that the phone is "designed for China" so it might not make its way out of the country soon.

In terms of optics, the Motorola P30 features a 16-megapixel primary rear OV16B camera sensor (f/1.8 aperture) and a secondary 5-megapixel OV5675 sensor (f/2.2 aperture) with PDAF, dual-tone LED flash, and full-HD video recording capabilities. On the front, the smartphone arrives with a single 12-megapixel camera sensor with f/2.0 aperture, double-sided AI blur, and AR capabilities. There is a 3,000mAh battery under the hood.

Connectivity options on the Motorola P30 include 4G LTE, dual-band Wi-Fi 802.11ac with hotspot, Bluetooth v5.0 LE, USB Type-C, and a 3.5mm headphone jack. Sensors onboard the handset include an accelerometer, ambient light sensor, electronic compass, gyroscope, fingerprint sensor (on the rear panel), and proximity sensor. Dimensions of the Motorola P30 are 155.5x75.95x7.69mm and weight is less than 170 grams.

Apple Said to Be Building Team to Develop Own Health Chips
2018 iPhone Starting Price May Not Cross $1,000 Barrier, May Come With Apple Pencil Support: TrendForce