Moto G9 will succeed the Moto G8 family in the country that includes two smartphones. 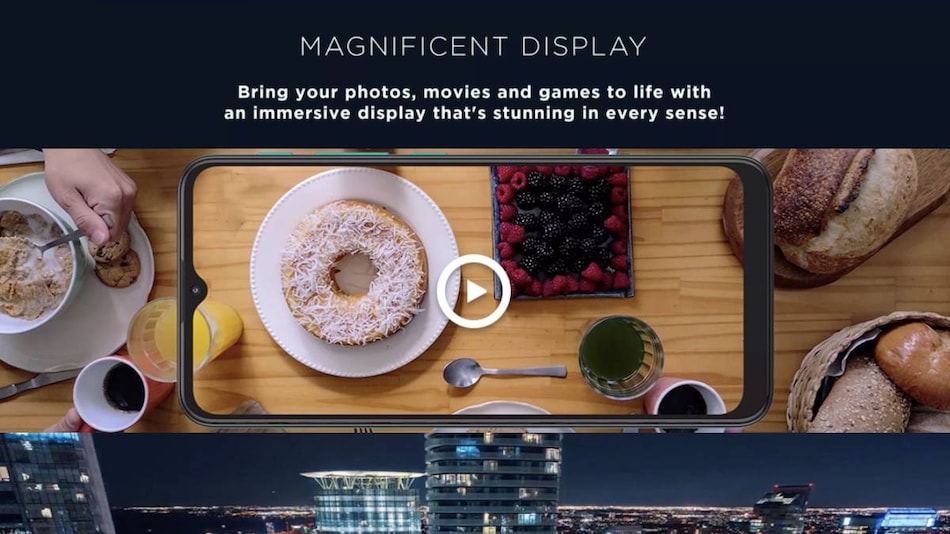 Moto G9 will sport a waterdrop-style notch, if a teaser is to be believed

Moto G9 is coming and the phone will be making its debut in India. Both e-retailer Flipkart and Motorola have been teasing the launch of “something big” for days now and while neither has officially revealed exactly which phone is going to be unveiled, the Lenovo-owned company itself has let it slip that we will see Moto G9 on Monday, August 24. It remains unclear whether Motorola will just unveil Moto G9 or other rumoured Moto G9-series phones like Moto G9 Plus and Moto G9 Play as well.

Motorola India is teasing the fans on Twitter about the new launch and sharing link of a Flipkart teaser page for the phone. This URL that the company is sharing clearly mentions Moto G9 name, thus revealing what we are going to see next week.

Motorola is teasing that it will launch the new phone at 12pm (noon) on August 24; however, the company isn't hosting a virtual launch to unveil the new phone and it will simply announce the phone on social media and Flipkart at 12pm.

Surprisingly, Motorola has been able to keep a tight lid of Moto G9 leaks and rumours and we are yet to hear anything credible about this upcoming phone. If Motorola's previous Moto G series record is any indication, we will likely see a mid-range smartphone.

As per a teaser page on Flipkart, Moto G9 will offer “spectacular performance” and will carry “stunning camera” and a “massive battery.” While most of these adjectives don't really mean anything, considering every smartphone by every company does everything “spectacularly,” the “massive battery” does suggest the presence of at least 5,000mAh battery or more on the phone.

Further, the teaser page mentions the presence of Qualcomm Snapdragon SoC on the phone, the exact model isn't clear though. Flipkart is also teasing that the phone will be able to take good photos in low light.

In other titbits present on the Flipkart page, we see an outline of the phone that indicates the presence of a waterdrop-style notch on the phone as well as a slightly thicker chin. Other bezels are noticeable thinner.

Moto G9 and any other Moto G9 series phone launched on August 24 will succeed the Moto G8 series in the country that includes phones like Moto G8 Plus and Moto G8 Power Lite.