Moto G8 is not a substantial upgrade over the Moto G7 in terms of internals, but the design is a major overhaul.

Motorola has finally launched the Moto G8, months and weeks after three core members of the Moto G8 series - Moto G8 Plus, Moto G8 Power, and Moto G8 Play - went official. The Moto G8 flaunts a familiar design that we've seen on multiple mid-range Motorola phones in the past few months, but it comes with some notable upgrades. Compared to its predecessor - the Moto G7 - the Moto G8 brings more versatile camera hardware, a 25 percent larger battery, and upgraded Snapdragon 665 processor.

The Moto G8 is currently listed on the official Motorola Brazil website with a price tag of BLR 1,299 (roughly Rs. 21,000). It comes in Pearl White and Neon Blue colours. Motorola says in an official blog post that the Moto G8 will soon be available in more markets across Asia, Australia, Europe, and Latin America. We have reached out to Motorola regarding the arrival of Moto G8 in the Indian market and will update the story when we hear back. 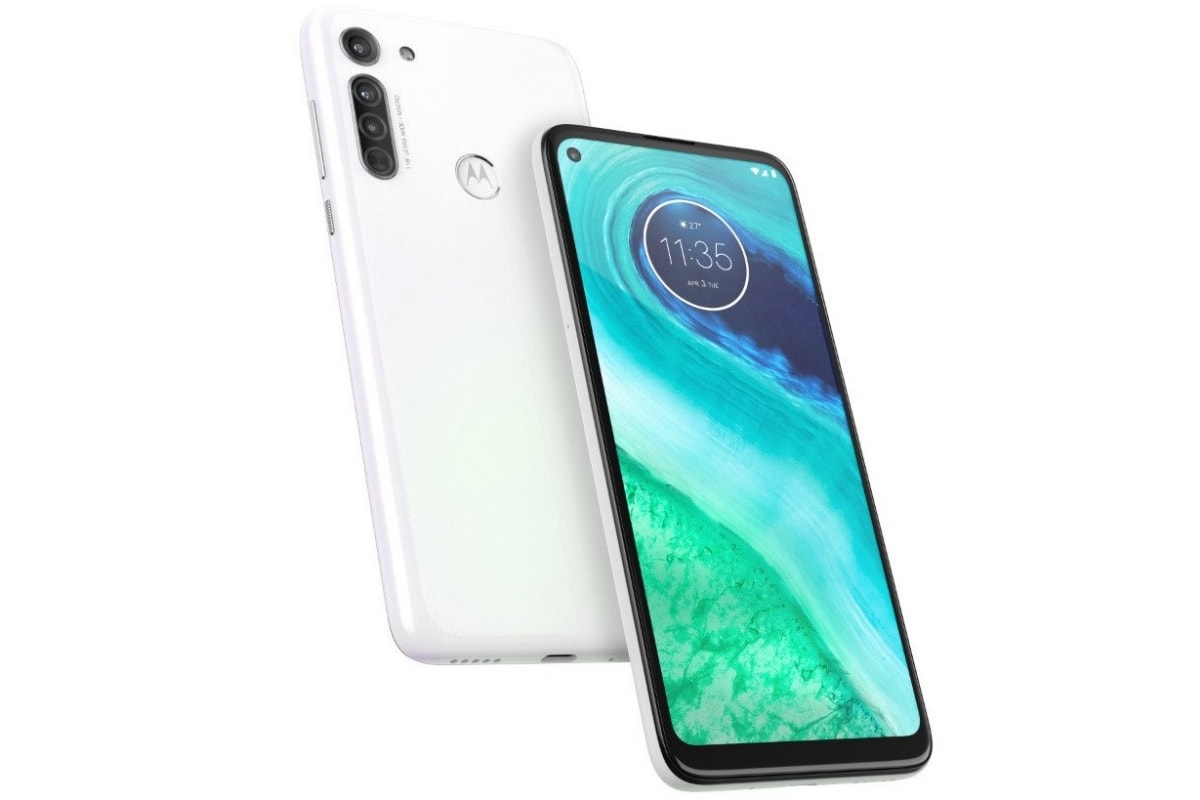 Moto G8 is a dual-SIM phone that runs Android 10 with stock interface. It features 6.4-inch Max Vision HD+ (720x1,560 pixels) display that has 19:9 aspect ratio, pixel density of 269 PPI, and an Active Area-Touch Panel measurement of 88 percent. The phone sports hole-punch design with the cutout placed in the top left corner and it houses a single selfie camera. Motorola's latest phone is powered by the octa-core Qualcomm Snapdragon 665 SoC clocked at 2.0GHz, paired with 4GB of RAM.

The Moto G8 has a triple rear camera setup and a laser autofocus module as well. It is headlined by a 16-megapixel main camera that has an f/1.7 aperture and is capable of recording 4K videos at 30fps and 1080p videos at up to 60fps. It is assisted by an 8-megapixel wide-angle camera with an f/2.2 lens and a 118-degree field of view, and a 2-megapixel macro camera with an f/2.2 lens. Selfies and video calls are handled by an 8-megapixel selfie snapper that also supports features such as portrait mode and cinemagraph.

Talking about storage, you get 64GB of onboard space that can be further expanded via a microSD card (up to 512GB). Moto G8 comes equipped with a 4,000mAh battery that supports 10W charging. Motorola bundles the 10W charger in the phone's retail package. Connectivity is handled by 4G LTE, Bluetooth 5.0, Wi-Fi 802.11 b/g/n, GPS, AGPS, LTEPP, SUPL, Glonass, and Galileo. The dimensions of Moto G8 are 161.27×75.8×8.95mm and it tips the scales at 188.3 grams. Motorola says the Moto G8 has a water-repellent design, but just don't dunk it in a bucket of water.