Moto G8 Power Lite is expected to come with a massive 5,000mAh battery and have a 64GB onboard storage variant.

The leaks shared by Italian publication HDblog.it provide a list of specifications including both old and new, along with a bunch of images of the alleged Moto G8 Power Lite. Talking about the specifications, it states the phone will come with a 6.5-inch HD+ (720x1,600 pixels) display and will be powered by MediaTek Helio P35 processor that goes in line with the Google Play Console listing leak. The Google Play Console listing also pointed at 4GB of RAM while the new leaks hint at 64GB storage that might be one of the variants the Moto G8 Power Lite comes in. 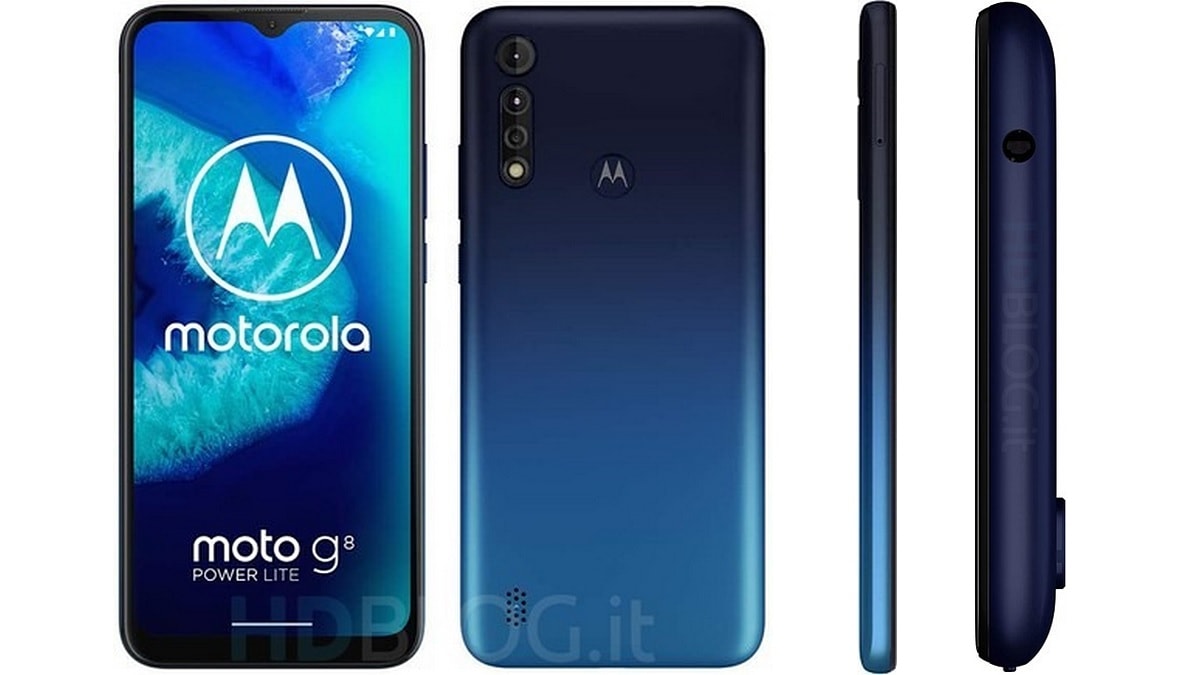 The triple rear cameras on the back and the 5,000mAh battery were also previously suggested by a report and the same has been hinted in the fresh leaks.

Additionally, Moto G8 Power Lite will reportedly have a 16-megapixel primary camera, accompanied by an 8-megapixel shooter, and another 8-megapixel or 2-megapixel camera on the back. The selfie camera will be housed in a waterdrop-style notch.

The images shared by HDblog.it show a power button and volume rocker on the right, the SIM card tray on the left, a 3.5mm headphone jack on the top, and what appears to be a speaker grill on the back of the phone. The phone in the leaked pictures has a blue gradient colour scheme.

The new leaks also note the Moto G8 Power Lite will run on Android 10, not Android 9, as was previously stated in the Google Play Console listing. It will go on sale in Italy next month with a price tag of EUR 189.99 (roughly Rs. 15,250) and will be available for purchase from physical stores, Amazon, and other major e-commerce websites.