Moto G8 isn't likely to come without the laser autofocus system that is expected to feature on Moto G8 Plus.

Moto G8 appears to have a waterdrop-style display notch

Dutch blog Mobielkopen has leaked the purported press renders of the Moto G8. The renders suggest that the new Moto G-series phone will come with a gradient back panel. The triple rear camera setup along with an LED flash module is also visible clearly in the leaked renders.

The camera setup has two sensors on a capsule-shaped housing that also includes the LED flash. However, the primary sensor seems out of the camera housing -- just above the rest two sensors. The text available on the renders suggests that the rear camera setup of the Moto G8 would include a 117-degree ultra-wide-angle lens, though the resolution of the sensors hasn't been provided.

At the front, the Moto G8 appears to have the waterdrop-style display and a thick chin -- without the Motorola branding. The phone also seems to have a USB Type-C port at the bottom and a 3.5mm headphone jack at the top. 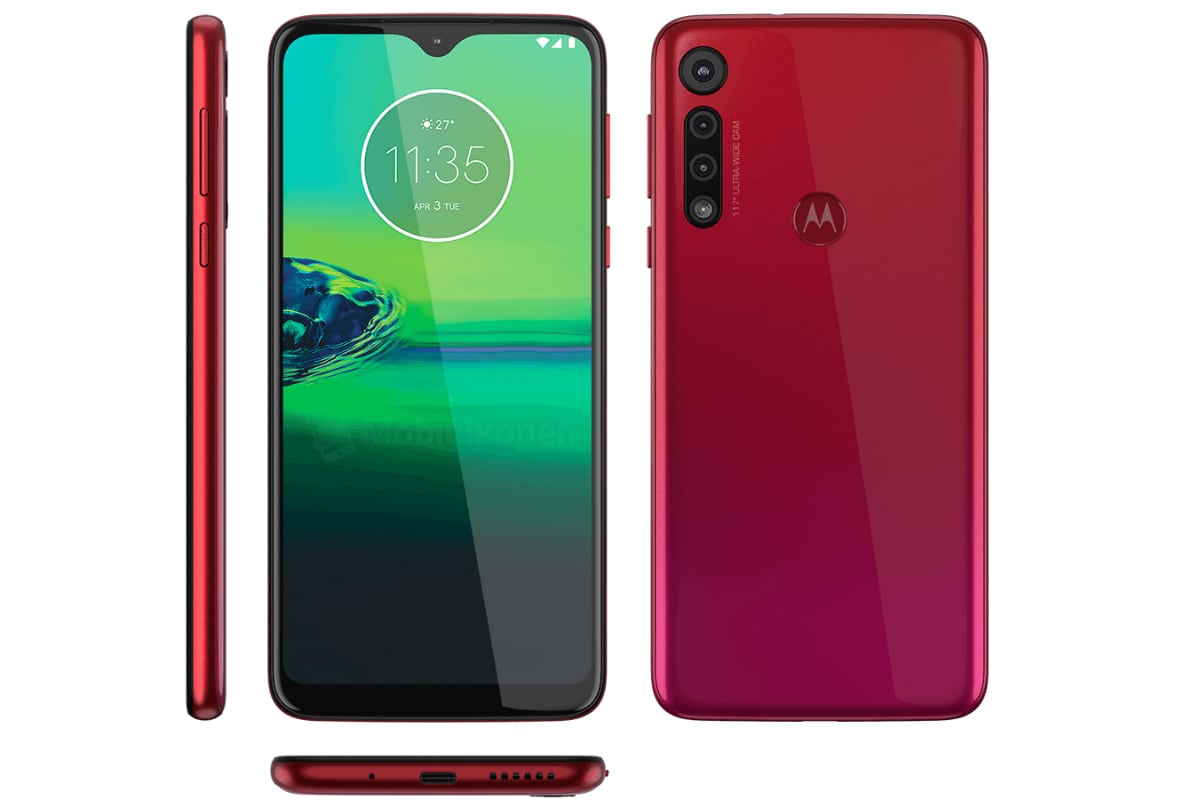 In addition to the renders suggesting its design, the Moto G8 launch date has been tipped by the Dutch blog through the invite image. The formal event would take place in the City of Mexico at 9am CDT (7:30pm IST) on October 24.

Although the renders are quite likely to show what we can speculate as to the Moto G8, the Dutch source does mention they could be of the Moto G8 Play -- if not the Moto G8.

We're yet to see rumours highlighting the specifications of the Moto G8. Nevertheless, considering its rumoured launch next week, some sources would soon emerge with raw details.

Meanwhile, the Moto G8 Plus is rumoured to come with a 6.3-inch full-HD+ (1080x2280 pixels) IPS display and an octa-core Qualcomm Snapdragon 665 SoC, paired with 4GB of RAM. The smartphone is also said to have a 48-megapixel primary camera sensor and include a 4,000mAh battery.