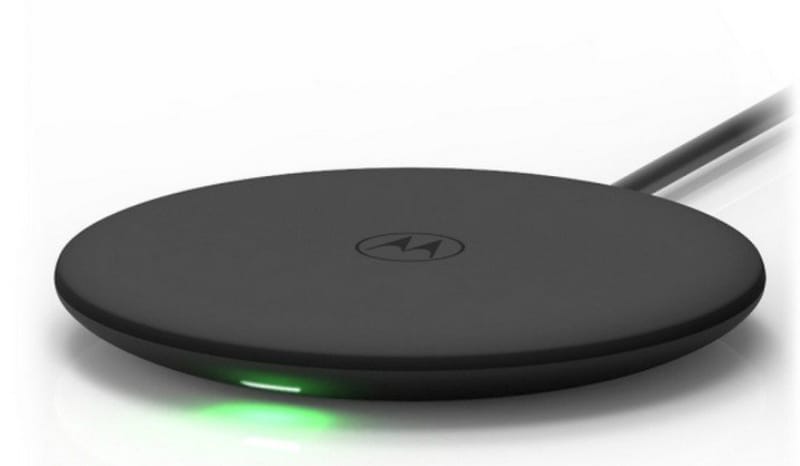 Lenovo-owned Motorola's upcoming flagship Moto G7 is expected to be unveiled next year, but details regarding the device are already cropping in bit by bit. After detailed renders of the Moto G7, surfaced last week, showed off a waterdrop notch and a shiny back, this week begins with the hope that the smartphone will come with wireless charging support. A leak shows that Motorola is working on a Qi wireless charging pad, and as no current Motorola devices support wireless charging, this has been developed for next-gen devices. If true, the Moto G7 will be the first device from the Motorola smartphone portfolio to sport Qi standard wireless charging.

The recently leaked Moto G7 renders show off a reflective back surface as well, hinting at a glass back which is ideal for wireless charging. The renders also show off a waterdrop-shaped notch, thin bezel at the bottom for embedding the Motorola logo. At the back, the Moto G7 is seen sporting a dual camera setup with the sensors stacked horizontally, and a fingerprint scanner sitting below the lens setup. The back of the Moto G7 seems to be highly reflective and is tapered at the edges for better grip.

Previous leaks suggest that the Moto G7 will sport a 6.4-inch full-HD+ (1080x2340 pixels) display, an octa-core SoC that could be the Snapdragon 660, coupled with 4GB of RAM. It is rumoured to have a 12-megapixel selfie camera, 64GB of onboard storage, and a 3,500mAh battery. The dual rear camera setup at the back is speculated to have a 16-megapixel primary sensor and a 5-megapixel secondary sensor. The renders show the availability of a 3.5mm headphone jack, and a USB Type-C port that sits alongside the loudspeaker grill. It is said that the Moto G7 will measure 157x75.3x8mm, though its camera bump could make it 9.5mm thick overall.