The leaked press renders, courtesy DroidShout, show that the while the Moto G7 and G7 Plus have a waterdrop display notch similar to the Oppo F9 and Realme 2 Pro, the Moto G7 Power and Moto G7 Play appear to have a traditional notch. The Moto G7 and Moto G7 Plus are found to have a higher screen-to-body ratio over their predecessors. Both phones also sport horizontally-placed dual rear camera setup. 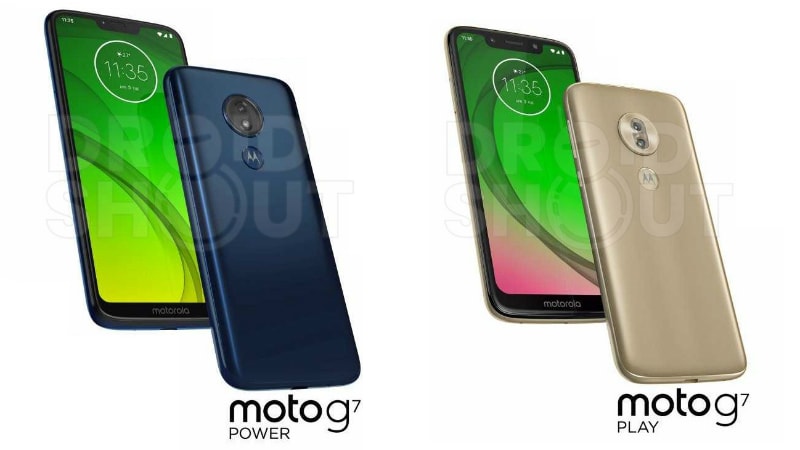 In the new Moto G series family, the Moto G7 Play and Moto G7 Power are likely to have a single rear camera setup. Both handsets, however, have a fingerprint sensor embedded within the Motorola batwing logo.

The bottom of the Moto G7 and Moto G7 Plus is apparently thicker when compared with other smartphones sporting a waterdrop-styled display notch. Also, all the four smartphones in the Moto G7 family have a Motorola branding on their bottom bezel.

Among other models, the Moto G7 Power is found to have a 5,000mAh battery. This would be larger than what will come on the Moto G7, Moto G7 Plus, and Moto G7 Play. Moreover, the Moto G7 is speculated to have wireless charging support.

Motorola could unveil the Moto G7 lineup sometime in the first half of 2019. Meanwhile, we can safely expect some other rumours revealing the key features of the new Moto smartphones.