Motorola's upcoming Moto G7 lineup is inching closer to its rumoured Mobile World Congress launch (MWC) but that hasn't stopped the leaks from coming in. Now, the alleged renders of all the four variants of the Moto G7 series have leaked online, alongside their European pricing. The latest leak reveals the design and colour options for all four variants - Moto G7, Moto G7 Power, Moto G7 Play, and Moto G7 Plus. Further, the Moto G7 Power has reportedly already gone on sale in Brazil, divulging all specifications and pricing information of this particular variant.

Coming to the renders, the Moto G7 and Moto G7 Plus are seen sporting waterdrop-shaped notches, and Motorola branding at the bottom edge of the display. At the back, the smartphones are seen sporting a dual camera setup, a rear fingerprint sensor, and a glossy back panel. The Moto G7 Play and Moto G7 Power come with wider notches, same Motorola branding at the bottom chin of the display, a single camera setup at the back, and a rear fingerprint scanner as well. These renders are in line with past leaks. 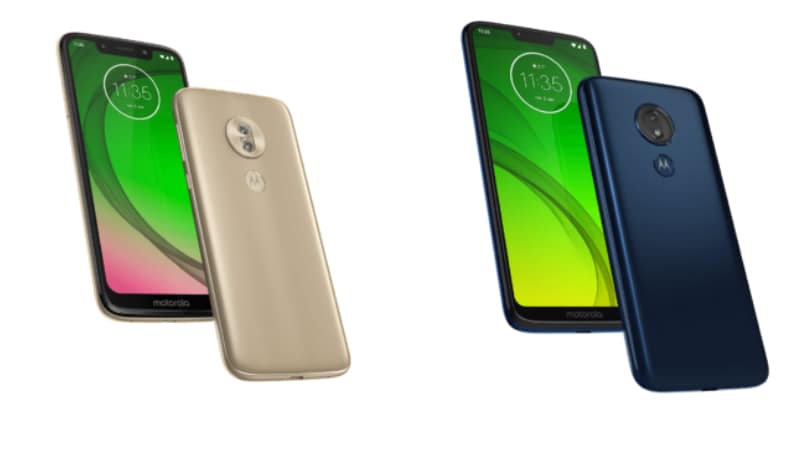 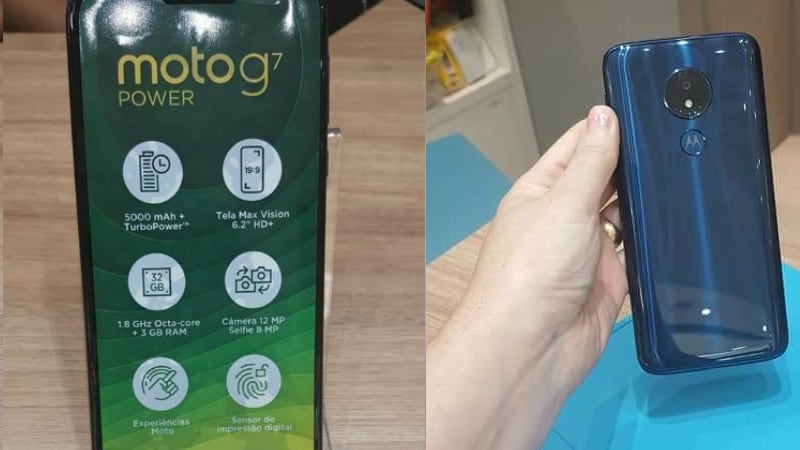 Separately, the Moto G7 Power has been spotted at a retail store in Brazil. The device is apparently already on sale in the country, ahead of its pegged MWC 2019 launch schedule. The photos of the phone alongside its retail packaging and specification details have been leaked by tecduos on Instagram. The retail store leak corroborates with the render leak by Agarwal, and the Moto G7 Power is seen sporting a display notch, single rear camera setup, and a rear fingerprint sensor. The leak also tips key specifications of the device, and the Moto G7 Power is listed to feature a 6.2-inch HD+ display, be powered by a 1.8GHz octa-core processor, 3GB RAM, 32GB inbuilt storage, 12-megapixel rear camera, and an 8-megapixel selfie camera as well. The leak also reveals the price of the Moto G7 Power, and it is tipped to be at BRL 1,399 (roughly Rs. 26,000) for the 3GB RAM option.