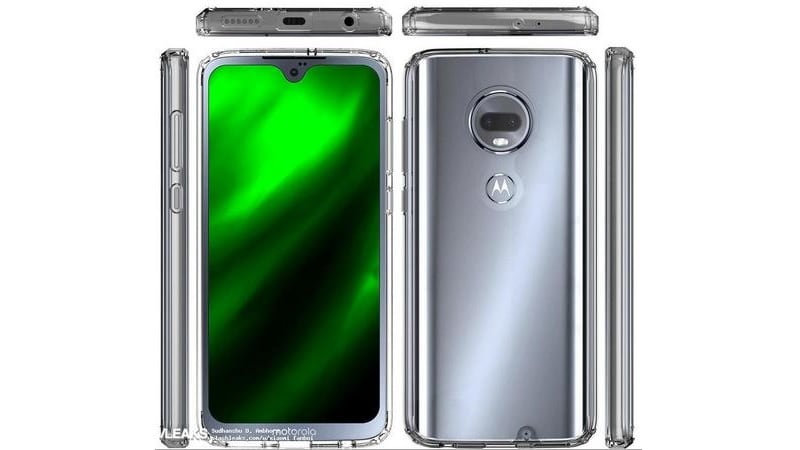 Moto G7 is expected to be announced in February this year

Motorola's Moto G7 series of phones has been in the news of late because of a number of leaks. Now, a fresh set of Moto G7 renders has leaked online that shows the smartphone inside a transparent case. These images reveal the Moto G7 from all the six sides and provide a complete view of the phone. The Moto G7 can be seen sporting a waterdrop notch on the front, with dual camera and fingerprint sensor on the back. The smartphone will have a power button and volume buttons on the right-hand side. At the bottom, it will have a 3.5mm headphone jack, USB-C port, and a speaker grill.

The case renders, published on SlashLeaks, show that the front of Moto G7 will come with a slight chin below the display. As mentioned earlier, on the rear, the smartphone will have dual camera sensors, placed horizontally. Below the cameras, there appears to be an LED flash, which is joined by a fingerprint sensor.

According to a previous report, Motorola is expected to launch four devices belonging to the Moto G7 series – Moto G7, Moto G7 Plus, Moto G7 Play, and Moto G7 Power. The company will reportedly announce the Moto G7-series in February this year.