Moto G6 and its yet-to-be-launched siblings are in the news once again after a flurry of leaks early this year revealed their key specifications. It seems Lenovo will be releasing the Moto G6 as well as the Moto E5 series in Southeast Asia first, as they have been spotted on Indonesia's TKDN and Thailand's NBTC certification agencies, respectively. Along with this, the Moto G6 Play surfaced on the website of Malaysia's certification website SIRIM. Apart from the Moto G6 and Moto G6 Play, the 2018 lineup of the popular G series is also said to include Moto G6 Plus. The G and E series handsets will reportedly be released in Western countries after their Asia launch. 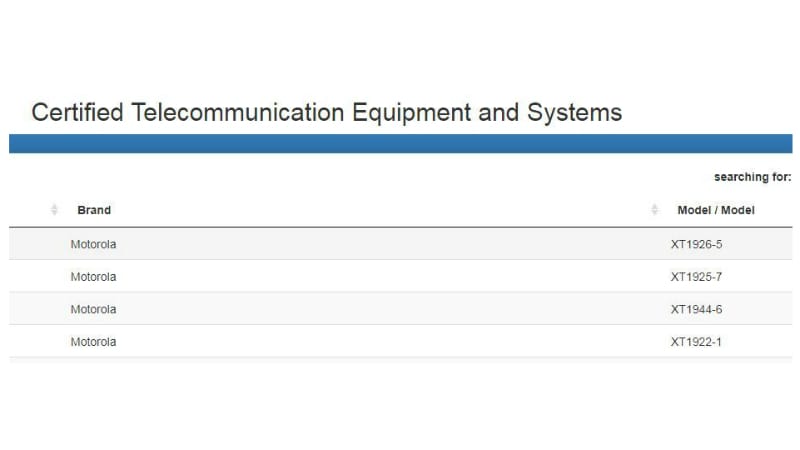 The most premium variant of the lot, Moto G6 Plus is expected to sport a Qualcomm Snapdragon 630 SoC, 4GB RAM/ 6GB of RAM, a 5.93-inch full-HD+, and a 3250mAh battery. The phone is reported to be available in Gold, White, Blue, Silver, and Cyan colour options.

Just recently, the Moto G6 Play was also spotted on Vietnamese certification agency NCC's website. The phone is rumoured to arrive in two variants - one with 3GB RAM/ 32GB storage and the other with 4GB RAM/ 64GB inbuilt storage. A separate Geekbench listing reveals the Moto G6 Play will sport a Snapdragon 430 SoC and run Android 8.0 Oreo out-of-the-box.