Moto G6 series smartphones are widely expected to launch in April this year, and the market is abuzz with rumours surrounding the upcoming Motorola handsets. The Lenovo-owned mobile manufacturer has already stated that it will launch its latest products next month, and the pouring leaks suggest that Moto G6, Moto G6 Play, and Moto G6 Plus may soon see the light of the day. Meanwhile, some new reports have leaked all the details regarding the three smartphones, including their specifications and images. The prices of Moto G6 and Moto G6 Play were also tipped in the leak.

Let's start with the biggest leak. All three Moto G6 series smartphones have been listed on a Hungarian site, as spotted by Fonearena, as expected smartphones, complete with images and specifications. The dual-SIM Moto G6 Play is listed running Android 8.0 Oreo, sporting a 5.7-inch HD+ (720x1440 pixels) IPS display, and is powered by a Qualcomm octa-core processor, coupled with 2GB of RAM. It has 16GB of inbuilt storage, expandable via microSD card (up to 256GB), and a 4000mAh battery. It is seen to sport a 12-megapixel rear camera and a 5-megapixel front camera. It bears a fingerprint sensor on the rear panel. It is also listed with a 3.5mm headphone jack. 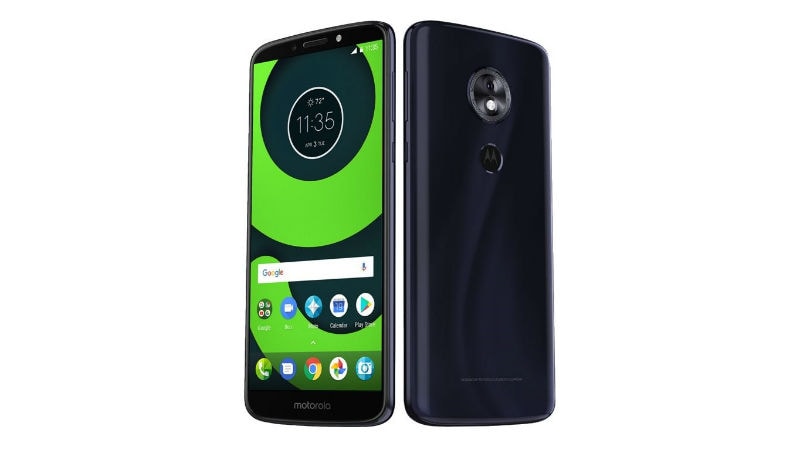 The dual-SIM Moto G6, on the other hand, is seen running Android 8.0, and sports a 5.7-inch full-HD+ (1080x2160 pixels) IPS display, and is powered by a Qualcomm Snapdragon 450 SoC, coupled with 4GB of RAM. It has 64GB of inbuilt storage, expandable via microSD card (up to 256GB), and a 4000mAh battery. It is seen to sport a dual rear camera setup, with one 12-megapixel sensor and one 5-megapixel sensor. It bears a 16-megapixel front camera, and has its fingerprint sensor on a home button below the display. It is also listed with a 3.5mm headphone jack.

Finally, as per the Hungarian site, the dual-SIM Moto G6 Plus is listed with Android 8.0, a 5.93-inch full-HD+ (1080x2160 pixels) IPS display, a Qualcomm Snapdragon 630 SoC, 6GB of RAM, 64GB of inbuilt storage that's expandable via microSD card (up to 256GB), and a 3200mAh battery. It is listed with the same dual rear camera setup as the Moto G6 and the same 5-megapixel front camera. It sports a fingerprint sensor on a home button below the display. It is also listed with a 3.5mm headphone jack. 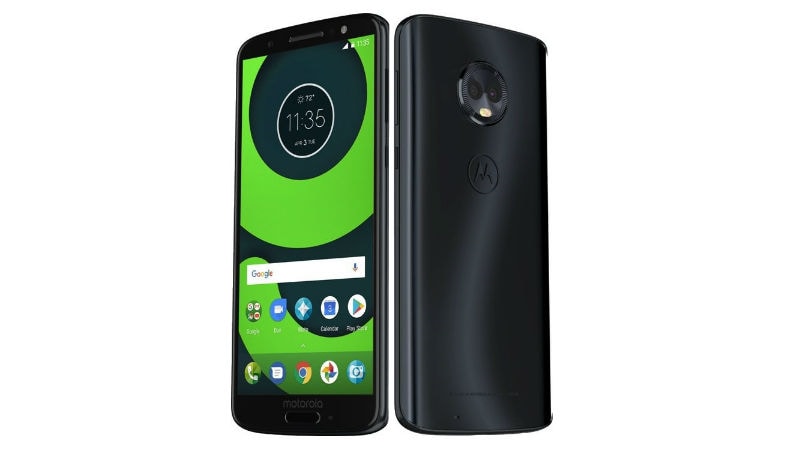 As per an Android Headlines report, the key highlights of the Moto G6 will be its display, cameras, and battery life. Citing an "in-house Motorola documentation", the report claims to have all the information surrounding the handset. The Moto G6 is expected to sport a 5.7-inch 'Max Vision' display with 18:9 aspect ratio. The phone is listed with a full-HD display protected by a Gorilla Glass 3, along with "Attentive Display" support.

The report confirms earlier reports saying that the Moto G6 will come with a dual camera setup. However, the documents do not reveal the exact configuration of the cameras. Additionally, the front camera on the smartphone with have Face Unlock feature which enables users to unlock the handset by looking at it.

Interestingly, the Moto G6 is said to come with a new 'Cutout' feature that will let users swap backgrounds in images. Also, users can apply "animated face filters," the report says. Similar to the Google Lens, the Moto G6 will let users point the camera to an object to learn more about it. Additionally, there are several other camera features in the handset, such as beautification mode, active photos, best shot, and more.

Other leaked specifications include a 3000mAh battery that is said to last a full day, TurboPower technology, and Snapdragon 450 octa-core SoC (clocked at 1.8GHz) along with an Adreno 506 GPU. Additionally, the report claims that the phone will come with the company's Moto Actions, Moto Display, Moto Voice and Moto Key features. Notably, the Moto G6 also comes with NFC support.