Motorola's Moto G6 mid-range smartphone range has been making news for the past few weeks with leaks, rumours, and high-quality renders doing the rounds. In an interesting development, invites have been sent out for a Motorola event in Brazil slated for April 19. According to reports, this launch event is expected to witness the announcement of the Moto G6, Moto G6 Play, and Moto G6 Plus. We could also see the Moto Z3 Play getting launched at this event.

A report by AndroidPit reveals the said invite which shows that the event is scheduled for April 19 in the city of Sao Paulo. While the image does not give much away in terms of text, the background in the invite is similar to the wallpaper seen in leaked Moto G6 renders recently, hinting that the Moto G6 series will be unveiled at the event. However, it is unclear whether this will be a global or a country-specific announcement - thus, the smartphones may launch globally before, or after that date. 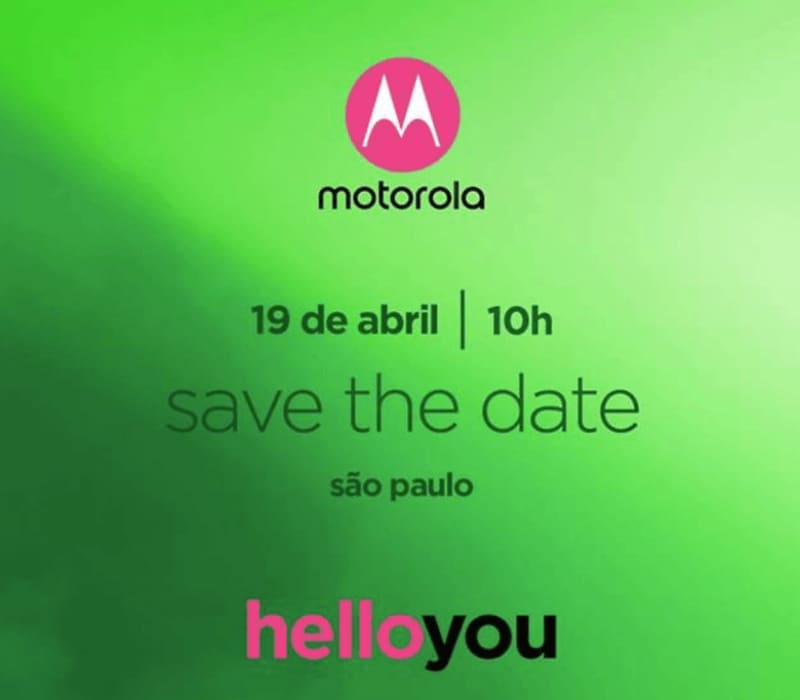 To recap, specifications and image renders of all three phones in the Moto G6 range have been leaked beforehand. Starting off with the lower-end variant, the Moto G6 Play is expected to sport a 5.7-inch HD+ (720x1440 pixels) IPS display, a Qualcomm Snapdragon 427 SoC, 2GB of RAM, 16GB inbuilt storage, and a 4000mAh battery. In the camera department, the Moto G6 Play might get a single 13-megapixel rear sensor and a 5-megapixel selfie sensor.

On the other hand, the mid-specced Moto G6 is rumoured to run Android 8.0 Oreo out-of-the-box, sport a 5.7-inch full-HD+ (1080x2160 pixels) display, be powered by a Qualcomm Snapdragon 450 SoC, and arrive with 4GB of RAM, 64GB inbuilt storage, and a 3000mAh battery. Additionally, the variant is expected to feature a rear dual camera setup with a 16-megapixel primary sensor and a 5-megapixel secondary sensor.