Lenovo brand Motorola are expected to launch its Moto G6 lineup next week and rumours of the smartphone are still popping up. The Moto G6, Moto G6 Plus, and Moto G6 Play will launch on April 19 in Brazil and they have been subject to several leaks. Now, images have emerged showing the design and specifications of the Moto G6 Play. While most of the details have already been reported earlier, the latest report revealed some more information about the upcoming smartphone. Another leak features leaked renders of all three smartphones in Black, Gold, Indigo, Rose Gold, and Silver colours, confirming the designs we've seen before.

As per the images posted by an Instagram user, and spotted by SlashLeaks, the Moto G6 Play appears to have a glass build similar to the Moto X4. The new Moto G6 Play is seen sporting a 5.7-inch display with 18:9 aspect ratio. Further, in line with earlier reports, the smartphone is said to incorporate an octa-core processor clocked at 1.4GHz, possibly the Qualcomm Snapdragon 430 SoC or Snapdragon 427 SoC. The handset packs 3GB of RAM, as per the image. Also, a 4000mAh battery for the Moto G6 Play is listed in the image, and the phone is said to come with Motorola's TurboPower fast chargers.

In terms of optics, the Moto G6 Play will bear a 13-megapixel camera at the back and an 8-megapixel selfie camera. In the leaked image the rear elements appear to have been packed into a large, circular module. Also, both the rear and front cameras seem to come with LED flash. Also present in the smartphone, will be a fingerprint scanner positioned within the company's logo at the back.

To recall what we know so far, an earlier video leak had suggested that the Moto G6 Play will sport an HD+ (720x1440 pixels) Max Vision display and could be powered by the Snapdragon 427 SoC, paired with an Adreno 308 GPU. Meanwhile, specifications, design, and features of the other two handsets in the lineup - Moto G6 and Moto G6 Plus - have also been leaked multiple times. 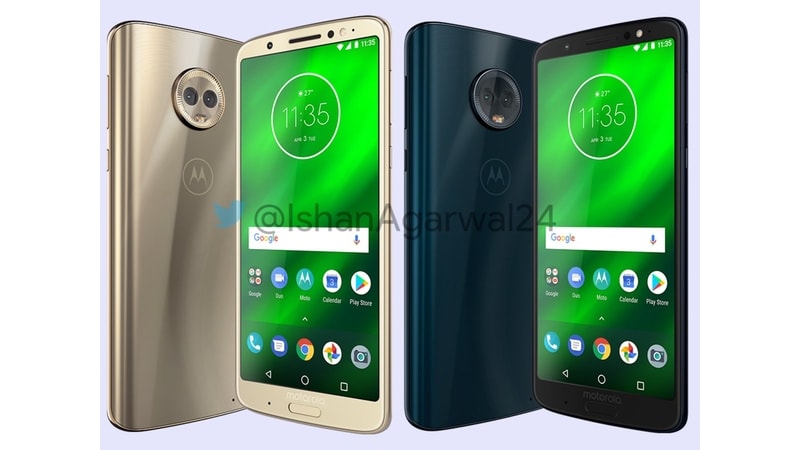 In the meanwhile, tipster Ishan Agarwal has shared renders of the Moto G6, Moto G6 Plus, and Moto G6 Play. They confirm the design that we've seen before in previous leaks. 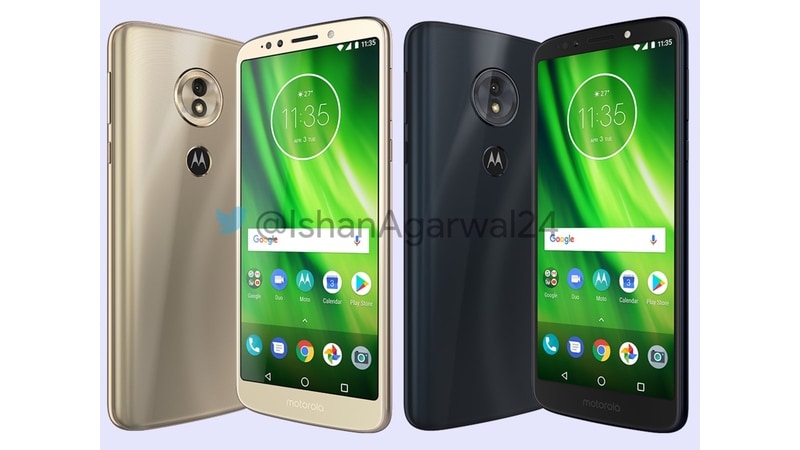