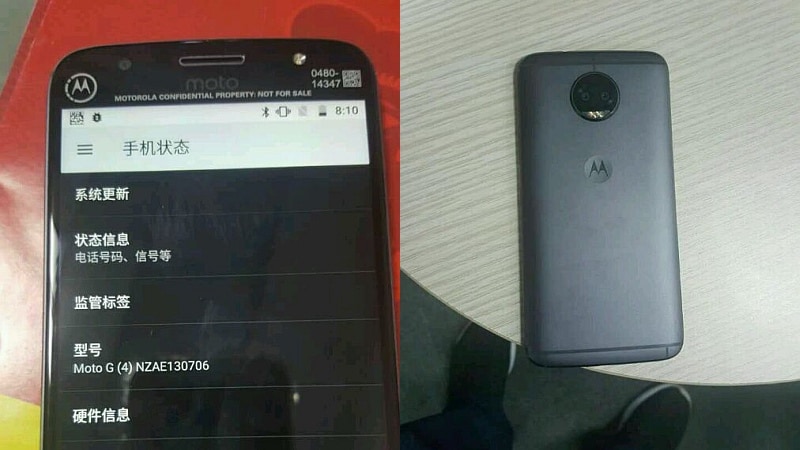 New leaked images sourced from Weibo by Droidholic show the presence of a front flash module, as well as dual rear camera setup. The new leaked live images yet again give a glimpse at the all-metal design of the Moto G5S Plus, and will seemingly sport a similar body to the Moto G5 Plus.

Apart from metal body, the new press renders again show front-facing flash on the Moto G5S Plus, a dual rear camera setup, as well as antenna bands at the back, reminiscent to the metal-bodied Moto M.