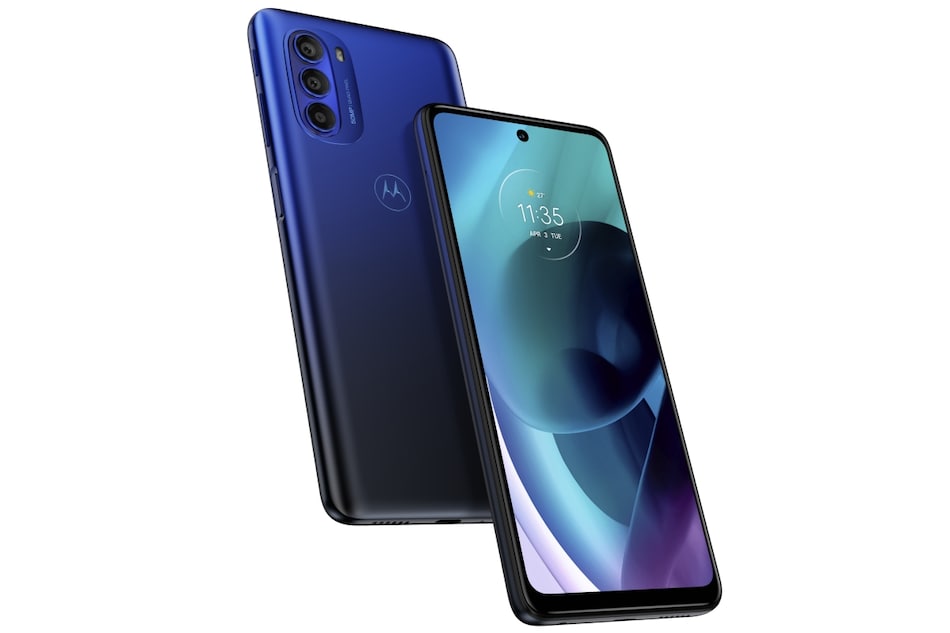 Moto G51 5G is tipped to launch in India on December 10. The new Motorola phone is the company's first model to come with the Qualcomm Snapdragon 480 Plus SoC and is rumoured to have support for 12 5G bands in the Indian market. In addition to 5G support, other key highlights of the Moto G51 5G include its triple rear cameras and a 120Hz display. The phone also comes with up to 8GB of RAM and maximum of 128GB onboard storage.

Tipster Mukul Sharma has tweeted to claim the launch date of the Moto G51 5G in India. Motorola has, however, not yet confirmed any details about the launch. An earlier report also suggested the December launch of the Moto G51.

Although the official details are yet to be announced, the Moto G51 5G is rumoured to be available with a price tag of Rs. 19,999. It is said to be the most affordable Moto G-series phone with 5G connectivity. In November last year, the Moto G 5G was launched as the company's affordable 5G phone in the country at Rs. 20,999.

Specifications of its India variant are yet to be revealed, but the Moto G51 5G in Europe carries a 6.8-inch full-HD+ (1,080x2,400 pixels) Max Vision display with a 20:9 aspect ratio and a 120Hz refresh rate. The phone is powered by the Snapdragon 480 Plus SoC, along with up to 8GB of RAM. It carries a triple rear camera setup that houses a 50-megapixel primary sensor with an f/1.8 lens, along with an 8-megapixel ultra-wide shooter and a 2-megapixel macro shooter.

The Moto G51 5G comes with a 13-megapixel selfie camera sensor at the front, with an f/2.2 lens. It packs up to 128GB of onboard storage that supports expansion up to 512GB via microSD card. The phone also has a 5,000mAh battery with 10W charging support.

How's Nokia brand licensee trying to compete against Realme and Xiaomi in India? We discuss this on Orbital, the Gadgets 360 podcast. Orbital is available on Spotify, Gaana, JioSaavn, Google Podcasts, Apple Podcasts, Amazon Music and wherever you get your podcasts.
Advertisement

Samsung Galaxy A73 Price in India Tipped, Renders and Specifications Leak As Well