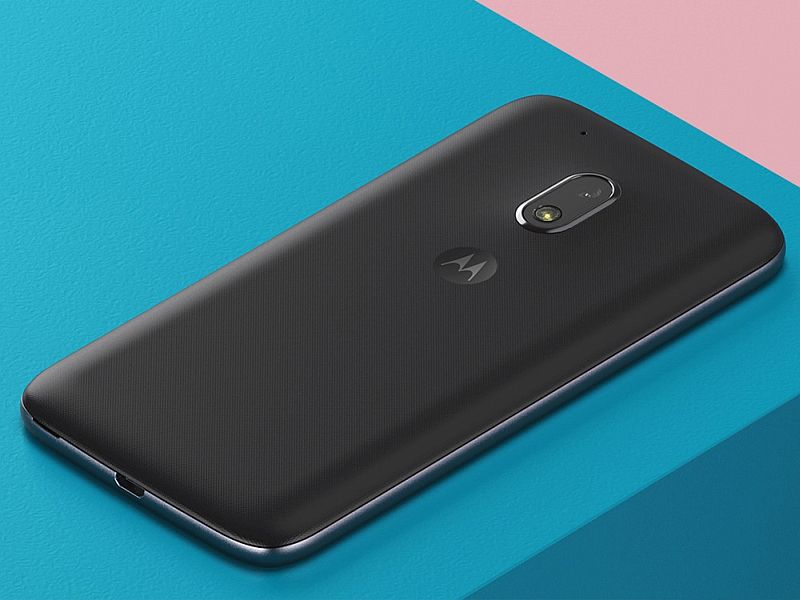 Lenovo is widely expected to unveil the rumoured Moto G5 and Moto G5 Plus smartphones at the company's February 26 event at the side-lines of MWC 2017 in Barcelona. Thanks to a flurry of leaks related to the Moto G5 Plus, we already know what to expect from the device. The Moto G5 until now however was under wraps - beyond a minor leak attributed to a US FCC listing. A new leak from a Brazilian site claims to reveal the specifications of the Moto G5 ahead of its MWC unveiling.

Tecnoblog reports that the Moto G5 will come with model number XT1672 in Brazil and will run Android 7.0 Nougat out-of-the-box. Compared to the Moto G5 Plus which is expected to pack Snapdragon 625 SoC, the Moto G5 is said to include Qualcomm Snapdragon 430 processor coupled with 2GB of RAM. The handset is likely to come with 32GB of storage while is expected to support microSD card expansion for up to 128GB. The Moto G5 is likely to sport a 5-inch full-HD (1080x1920 pixels) display and will sport 13-megapixel rear camera. The handset is said to pack a 5-megapixel front camera. The Moto G5 is rumoured to be backed by a 2800mAh battery - contradicting the 3000mAh battery report derived from the US FCC listing. Tecnoblog claims that the new Moto model has been spotted in the system of a Brazilian online retailer.

The Moto G5 Plus, on the other hand, is said to feature a 5.5-inch full-HD display with a pixel density of 403ppi, and is said to come powered by a Snapdragon 625 processor. The handset is further rumoured to pack 4GB of RAM and come with 32GB storage. It is expected to run on Android 7.0 Nougat out-of-the-box. For the camera, the smartphone is said to sport a 12-megapixel rear camera and a 5-megapixel front camera. The alleged Moto G5 Plus was believed to have passed through Indonesian certification site claiming the model number Moto XT1685. It's also tipped to sport a 3100mAh battery.