Moto G5 Plus India Launch Set for Today; How to Watch Live Stream 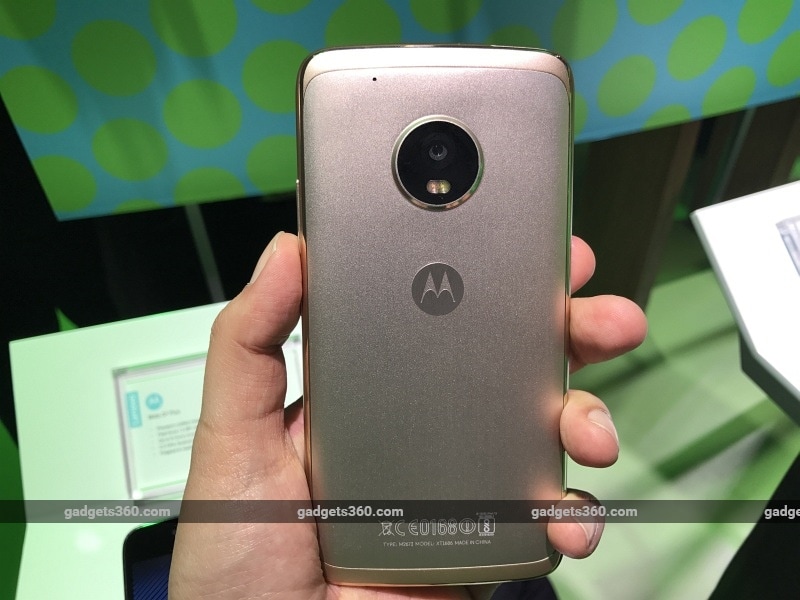 Moto G5 Plus India launch is set for today, as both Lenovo and Flipkart have been teasing for the past few weeks. The Moto G5 Plus will be exclusive to Flipkart at launch, but for now India price and availability details are still unknown.

Moto G5 Plus 'BuyBack Guarantee' Unveiled by Flipkart Ahead of Launch

Moto G5 Plus features and specifications

The Moto G5 Plus is the first Moto G series smartphone to feature a metal body. It bears a fingerprint sensor on the brand new Home Button, which also provides a swipe-based navigation Moto Action feature called One Button Nav. It runs Android 7.0 Nougat out of the box.

The dual-SIM (Nano-SIM) Moto G5 Plus sports a 5.2-inch full-HD (1080x1920 pixels) IPS LCD display with Corning Gorilla Glass 3, and is powered by a 2GHz Snapdragon 625 octa-core SoC. The inbuilt storage is expandable via microSD card (up to 128GB).

Lenovo claims the Moto G5 Plus sports "the most advanced" rear camera setup in its class, and comes with a 12-megapixel sensor with dual autofocus, 4K video recording, f/1.7 aperture, and dual-LED flash. As for the front camera, it bears a 5-megapixel sensor and an f/2.2 aperture.

Connectivity options include 4G LTE, Wi-Fi 802.11 a/b/g/n, GPS/ A-GPS, NFC, Bluetooth v4.2, 3.5mm audio jack, and Micro-USB. Sensors on board include accelerometer, ambient light sensor, gyroscope, It bears a 3000mAh non-removable battery with TurboPower charging that is claimed to give you six hours' worth of battery life in just 15 minutes. It weighs 155 grams and measures 150.2x74x9.7mm.