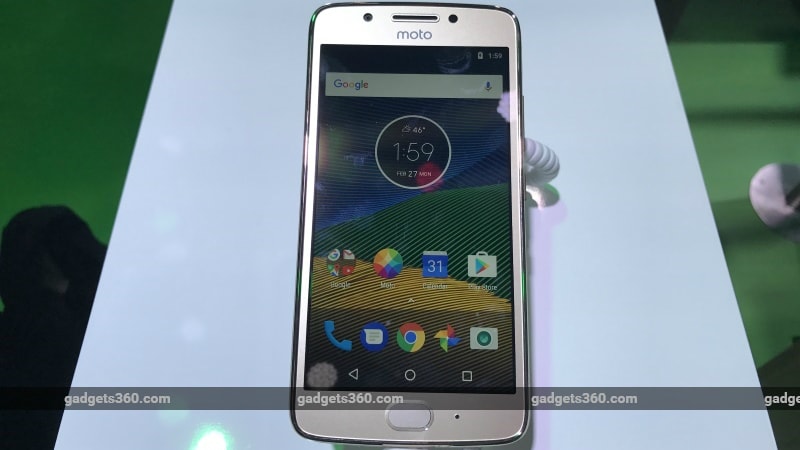 The Android 8.1 Oreo update for the Moto G5 and Moto G5 Plus brings the August Android security patch

Days after its formal announcement, the Android 8.1 Oreo update for the Moto G5 and Moto G5 Plus is now rolling out in India, according to users. The new update brings the key features of Android 8.1 Oreo, including the all-new Settings menu, Picture-in-Picture (PiP) mode, and text autofill among others. The update also brings the August Android security patch as well as a bunch of battery-saving features. Alongside the rollout in India, Lenovo-owned Motorola is bringing the fresh Android experience to the Moto G5 and Moto G5 Plus in Brazil and Mexico. The smartphones were notably launched last year with Android 7.0 Nougat.

As posted by some users on Reddit, the Android 8.1 Oreo update for the Moto G5 Plus is now rolling out in India. A user on XDA Developers has separately confirmed the arrival of the identical Android Oreo update for Moto G5. The update package is over 1.2GB in size for both smartphones.

Motorola last year planned to bring Android 8.0 Oreo, though it skipped the original rollout at that time and finally announced the Android 8.1 Oreo update earlier this month. Notably, the company kicked off the Android 8.1 Oreo soak test for the Moto G5 Plus users in India and Brazil back in July.

In terms of new changes, the official changelog posted by the users shows that the update brings Android 8.1 Oreo alongside the August Android security patch. The presence of Android 8.1 Oreo brings features such as Notification dots, PiP mode, Ambient display, Autofill, and Smart Text Selection among others. Plus, there are stability improvements to enhance the overall experience. The update also brings new battery features and Bluetooth improvements. Furthermore, there are bug fixes and stability improvements.

You can check the availability of the Android 8.1 Oreo update on your Moto G5 or Moto G5 Plus by going to Settings > About phone > System updates. Make sure that your device is connected to the power outlet and have at least 50 percent of battery charge to begin the download process. The update package also requires a high-speed network or Wi-Fi connection for its download.