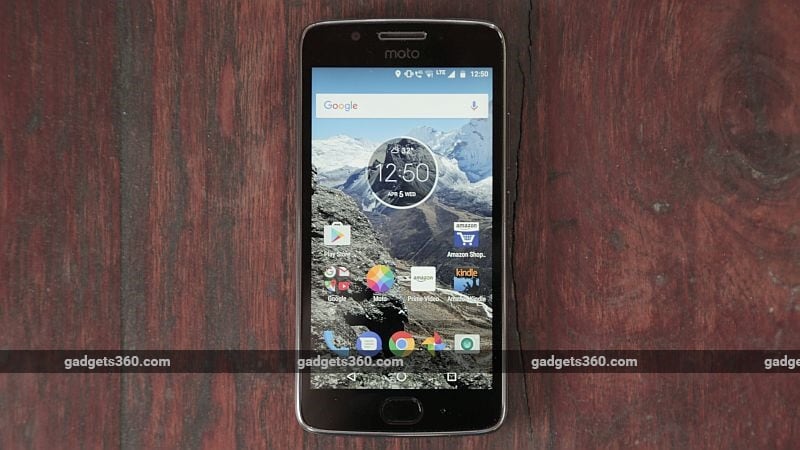 Lenovo launched the Moto G5 and Moto G5 Plus smartphones in India earlier this year, and has priced it starting at Rs. 11,999. When launched, Motorola announced that the Moto G5 was an Amazon India exclusive, while the Moto G5 Plus was a Flipkart exclusive only. However, Gadgets 360 has now learnt from sources that offline retailers have received stocks of the two phones as well, making them now available online as well as offline.

We reached out to Lenovo for a statement regarding the move, and were informed the phones are in stock with select retailers across the country.

Notably, the move closely follows the launch of the Moto C in India, which will also be available via offline retailers, indicating that Lenovo's Moto brand is revising its retail strategy for the country.

The Moto G5 camera features a 13-megapixel sensor with PDAF, f/2.0 aperture, and dual-LED flash, and a 5-megapixel front camera with a wide-angle lens and an f/2.2 aperture. The 32GB of inbuilt storage onboard is expandable via microSD card slot (up to 128GB). Connectivity options include 4G VoLTE, Wi-Fi 802.11 a/b/g/n, GPS/ A-GPS, Bluetooth v4.2, Micro-USB, and 3.5mm headphone jack. Sensors on board include accelerometer, ambient light sensor, gyroscope, and a proximity sensor. Battery capacity of Moto G5 is 2800mAh; the removable battery supports fast charging - the smartphone comes bundled with a 10W rapid charger. It measures 144.3x73x9.5mm and weighs 144.5 grams.

The Moto G5 Plus camera setup includes a 12-megapixel rear camera, complete with dual autofocus pixels, 4K video recording, an f/1.7 aperture, and dual-LED flash. The Moto G5 Plus battery capacity is 3000mAh. It is non-removable, and the company is touting TurboPower charging will provide six hours of battery life in just 15 minutes of charging. It weighs 155 grams and measures 150.2x74x9.7mm. All the other specifications are similar to the Moto G5.