Lenovo's upcoming Moto G5 and Moto G5 Plus have been leaked several times over the past few weeks. With leaked renders to live images, it is almost confirmed what the devices will look like. However, if there was any lingering doubts, a new batch of leaks has emerged that reveal the design as well as benchmark listing of the devices.

On Friday, specifications for the Moto G5 were spotted on GFXBench. Based on the listing, the Moto G5 running Android 7.0 Nougat out-of-the-box will feature a 5-inch full-HD (1080x1920 pixels) display. The device sports a 1.4GHz octa-core Qualcomm Snapdragon processor and Adreno 505 GPU. The listing hints at two models - one with 2GB of RAM and the other with 3GB of RAM. The device will also likely be offered in 16GB or 32GB internal storage options.

These specifications are in line with last week's leak by Spanish listing K-Tronix. However, while K-Tronix claimed a 13-megapixel rear camera for the Moto G5, the GFXBench listing shows 12-megapixel.

Meanwhile, the Moto G5 Plus is said to feature a 5.2-inch full-HD display, powered by 2GHz octa-core Snapdragon 625 SoC. The device is expected to pack 3000mAh battery with TurboPower charging, according to the most recent rumour. 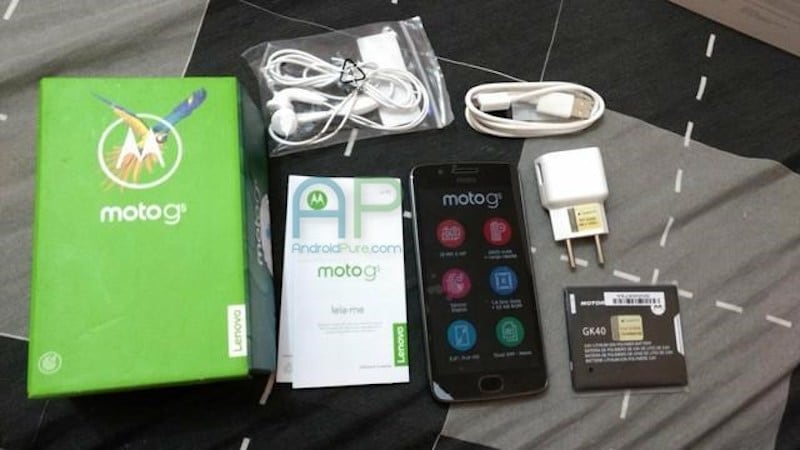 Separately, some images of what looks to be the Moto G5 were spotted on OLX's Brazilian site, according to AndroidPure. The images show the handset as well as the box it will likely come packaged in. One of the images show the device next to a battery (which means removable back panel), a pair of earphones, charger and the box itself. The listing has since been taken down.