Moto G5 was launched on Tuesday in India by Lenovo, at an event in New Delhi. The smartphone has been launched in a single variant - 3GB RAM+16GB of storage - priced at Rs. 11,999. Moto G5 will be available in Lunar Grey and Fine Gold from Amazon India from 12am IST on Wednesday.

The Moto G5 smartphone comes preloaded with the Amazon, Amazon Prime Video, and Kindle apps. Prime customers will get Rs. 1,000 cashback if they use Amazon Pay balance. As for regular users, Amazon is offering these Moto G5 launch offers - flat Rs. 1,000 cashback with HDFC Bank credit cards, extra Rs. 500 of on exchange of an old phone, a free 16GB SanDisk Ultra microSD memory card. Moto G5 customers get also get an 80 percent discount on ebooks (up to a maximum of Rs. 300). More offers will be detailed later, the company said.

The new Moto G5 comes with a fingerprint scanner in the front, underneath the Home Button. It integrates Google Assistant, but unlike the Moto G5 Plus (Review) that was launched last month, this feature is available out-of-the-box, requiring no update. Moto G5 also features water-repellent nano-coating.

Just like the Moto G5 Plus, the Moto G5 comes with Motorola-exclusive features such as Moto Display, Actions, twist gesture, and a One Button Nav mode that lets users navigate the interface with swipes on the fingerprint scanner. Another highlight is its metal design, built out of aluminium. 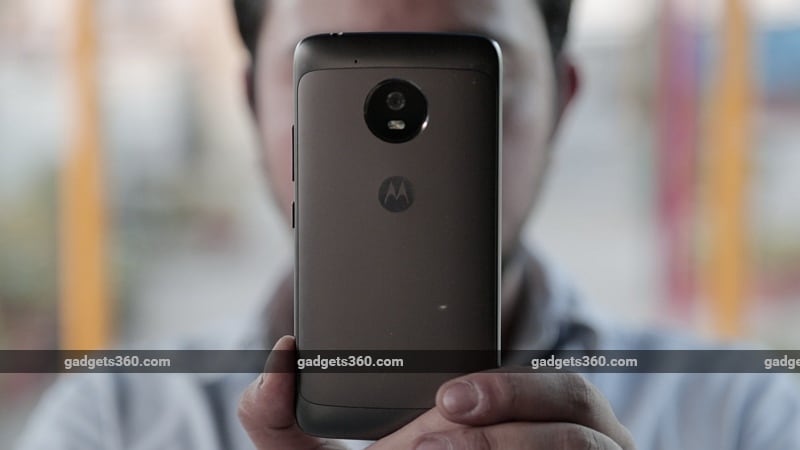 The Moto G5 camera features a 13-megapixel sensor with PDAF, f/2.0 aperture, and dual-LED flash, and a 5-megapixel front camera with a wide-angle lens and an f/2.2 aperture. The 32GB of inbuilt storage onboard is expandable via microSD card slot (up to 128GB).