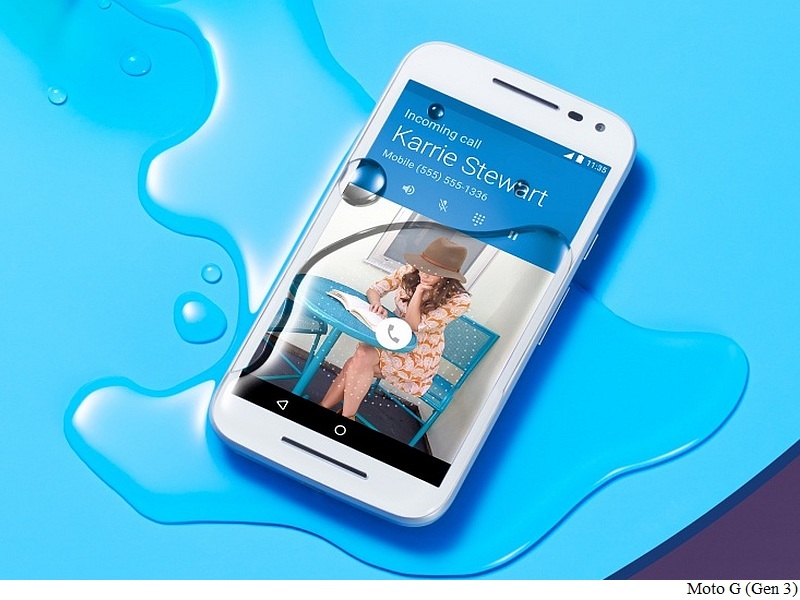 Highlights
The Moto G4 and Moto G4 Plus smartphones are set to be unveiled today, with India getting a front row seat to the action. The Moto G4 Plus is expected to comes with a fingerprint sensor and have a better camera setup than the Moto G4. The launch even in New Delhi kicks off at 2:30pm IST, and readers are encouraged to check back at Gadgets 360 for the latest information.

Last week the company confirmed that its next Motorola smartphone would be an Amazon India exclusive.The Lenovo-owned firm has shared several teasers for the upcoming Moto G smartphone, highlighting that its smartphone offers superior performance, exceptional battery life, and a fast autofocus camera.

The Moto G4 and the Moto G4 Plus have leaked quite a few times recently via videos and images. Most recently, the Moto G4 was leaked in a press render, while both smartphones allegedly passed through the US FCC. However, none of the information has been confirmed by the company.

Previous leaks have tipped that the Moto G4 will sport a 5.5-inch full-HD (1080x1920 pixels) resolution display, be powered by an octa-core processor that's coupled with 2GB of RAM, and come with 16GB of inbuilt storage, apart from a 13-megapixel rear camera. The Moto G4 Plus on the other hand is said to sport a fingerprint sensor on the home button, and a higher-resolution 16-megapixel rear camera.

Previously leaked images of the white-coloured Moto G4 Plus showed a square-shaped fingerprint sensor placed as a home button, a speaker grille, a front-facing camera, and the rear camera with flash and autofocus sensors enclosed in a pill-shaped module and a dimple with the company logo below the camera.