Moto G Fast will be powered by an octa-core Snapdragon processor and 3GB RAM. 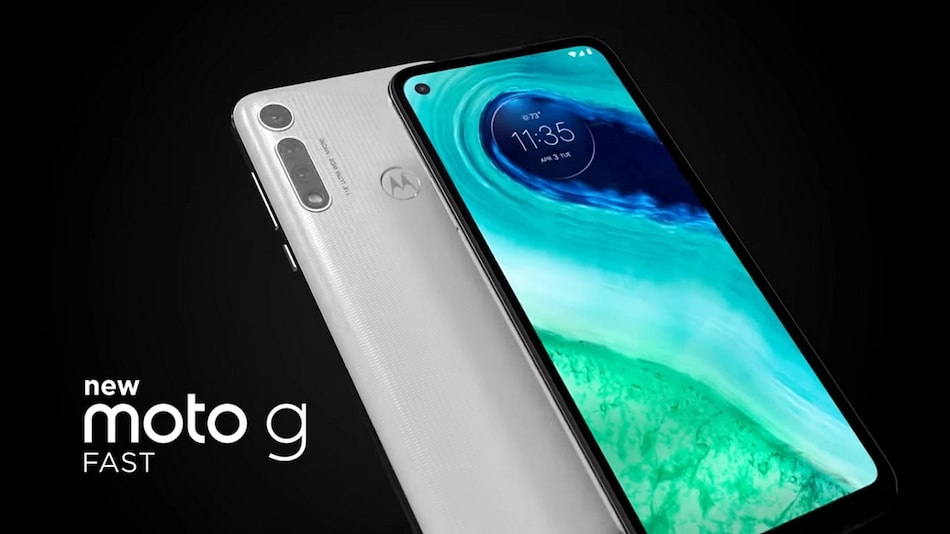 Moto G Fast seems to be the next smartphone in Motorola's G series. The phone was reportedly leaked via a YouTube promo video on the official Motorola channel, but the video was taken down sometime later. However, in the short time the video was up, it was noticed and captured by viewers. The video revealed some of the specifications of the Moto G Fast including an octa-core processor, triple rear camera setup, and a 2-day battery life. As of now, there is no word from Motorola about the pricing and availability of the phone.

The video uploaded on the YouTube channel called Umair's Wishlist was first spotted by PulseMouse.com. The short 30 second clip that has since been taken down shows the name of the phone – Moto G Fast – and highlights some of the specifications as well. It will apparently be powered by an octa-core Qualcomm Snapdragon SoC, and come with 3GB RAM. There are three cameras on the back that include a macro sensor, an ultra-wide-angle lens, and a primary sensor that was not explained in the clip. There is also a hole-punch in the top left corner of the screen for the selfie camera.

The volume and power buttons are located on the right side of phone and there seem to be relatively thick bezels all around, especially the top and bottom. The battery capacity has not been mentioned but the video states the Moto G Fast will have a 2-day battery life. There also seems to be a fingerprint scanner on the back with the Motorola ‘M' logo on it. A silver variant of the phone can be seen in the video.

The report by PulseMouse.com states that the original video was posted on Motorola's US channel and that the RAM options there are usually low. It adds that the phone may come with higher RAM variants with at least 4GB and possibly even 6GB. The report also suggests that the Moto G Fast may be priced between $220 (roughly Rs. 16,600) to $249 (roughly Rs. 18,800). As of now, except for what was shown in the video is all speculation and should be taken with a pinch of salt. Motorola has not confirmed the pricing or availability of the Moto G Fast but this promo video suggests the phone might be unveiled in the coming weeks.