Motorola is expected to unveil the Moto E6 Play alongside Moto G8 Play, Moto G8, and Moto G8 Plus at an event on October 24.

Moto E6 Play is likely to be amongst the new Motorola phones that are set to debut soon. While the smartphone maker is yet to reveal formal details, some renders have surfaced online to suggest the design of the Moto E6 Play. The new smartphone would have a build similar to the Moto E6 Plus. Alongside the purported renders of the Moto E6 Play, a couple of hands-on images of the rumoured Moto G8 Play have been leaked. The images showcase a design that looks similar to what was recently associated with the Moto G8 -- thanks to the recent renders.

Dutch blog Mobielkopen, which recently leaked the renders suggesting the Moto G8 (or possibly the Moto G8 Play), has now released some more render images that are believed to be of the Moto E6 Play. The renders show that the new Moto E-series phone would look quite similar to the Moto E6 Plus that was unveiled at IFA 2019 last month.

The Moto E6 Play is said to feature a 16:9 display -- without any display notch or cutout. The display panel could be of an HD resolution. Further, the smartphone has thick bezels -- especially on its forehead and chin. It is also said to have a single camera sensor at the back along with an LED flash and a physical fingerprint sensor under Motorola's batwing-style logo.

At the bottom, the Moto E6 Play would have a Micro-USB port, while its top panel appears to include a 3.5mm headphone jack. The smartphone is said to come in Black and Blue colour options -- both seem to have a gradient finish at the back. 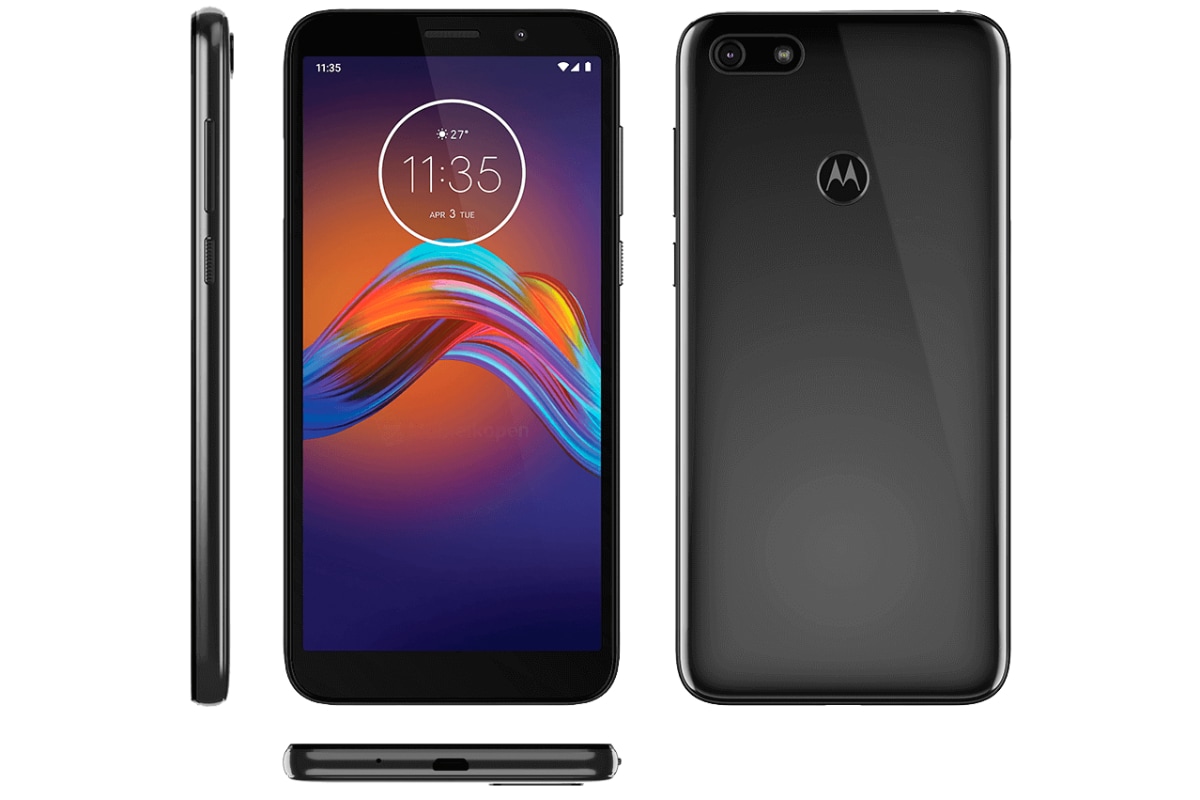 Moto E6 Play appears to have a Micro-USB port at the bottom
Photo Credit: Mobielkopen

It is expected that Motorola could unveil the Moto E6 Play alongside the Moto G8, Moto G8 Play, and Moto G8 Plus at a special event in Brazil on October 24.

Aside from the Moto E6 Play renders, the hands-on images of the Moto G8 Play have surfaced on the Web. The images, which have been leaked by Tudocelular, shows the triple rear camera setup of the new Moto phone. 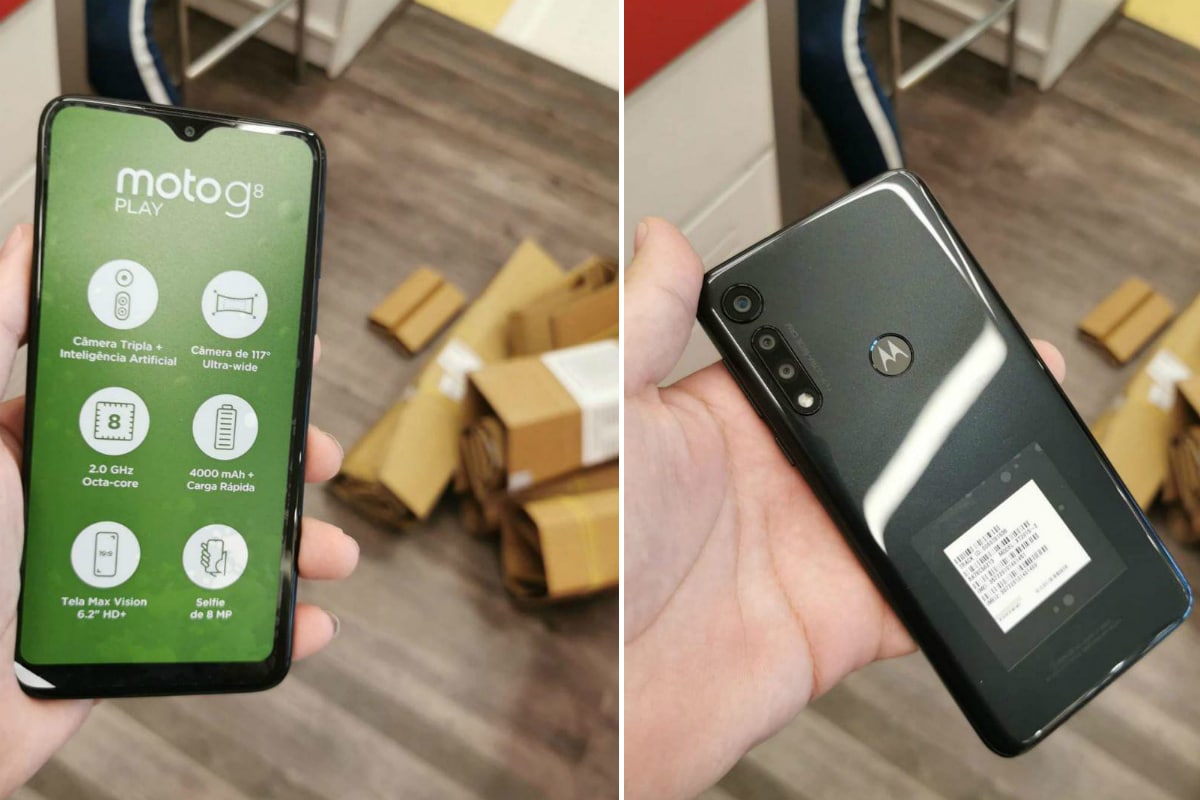 There are two camera sensors on the capsule-shaped module, while the third sensor that is believed to be the primary sensor is placed separately just above the dual camera module. We already saw a similar setup on the leaked renders that were related to either Moto G8 or Moto G8 Play. Furthermore, the camera setup is said to include a 117-degree wide-angle lens, similar to the one featured on the Motorola One Action, and leverages artificial intelligence (AI) based features.

On the front, the leaked hands-on images show that the Moto G8 Play has a waterdrop-style display notch and a thick chin.

The Moto G8 is said to have a 6.2-inch HD+ display and an 8-megapixel selfie camera. It is also reported to include a 4,000mAh battery with fast charging support. Moreover, the smartphone is said to have a MediaTek SoC (could be either Helio P70 or Helio P60).