As for specifications, the Moto C runs on Android 7.0 Nougat and features a 5-inch FWVGA (480x854 pixels) display. The smartphone is powered by a 1.1GHz MediaTek MT6737M quad-core Cortex-A53 SoC with just 1GB of RAM. Storage options are at 8GB or 16GB, which can be further expandable via a microSD slot as well (up to 32GB). 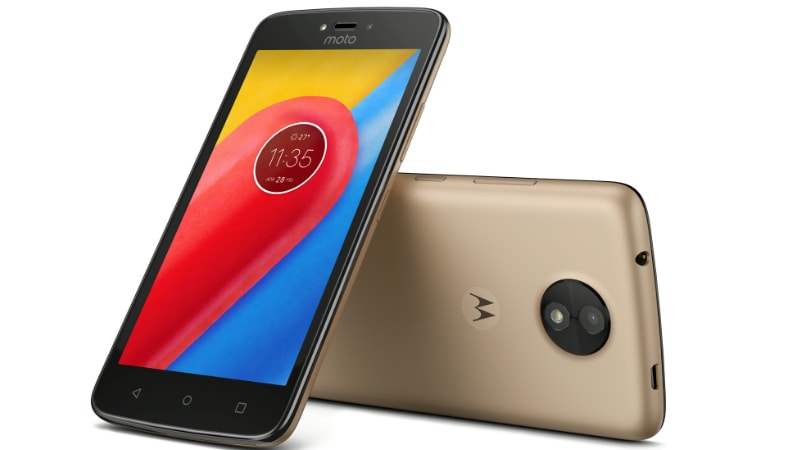 Moto C camera sports a 5-megapixel rear sensor with 1.4-micron pixels, 74-degree field of view, fixed focus, an LED flash, and 720p video recording. In the front, there is a 2-megapixel shooter with 1-micron pixels, a 63-degree field of view, fixed focus, and an LED flash. The Moto C sports a 2350mAh battery which is removable. The dimensions are at 145.5x73.6x9mm, and the smartphone weighs 154 grams. The Moto C will be available in Metallic Cherry, Pearl White, Fine Gold, and Starry Black colour variants.

Moto C Plus specifications and features 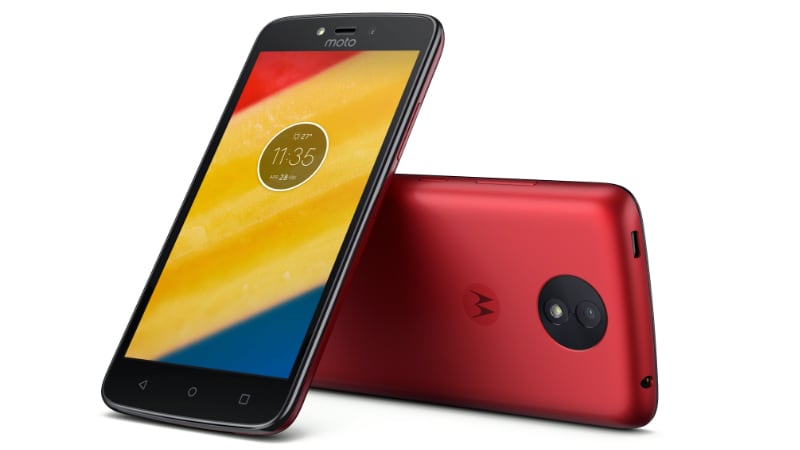 The Moto C Plus features a 5-inch (720x1280 pixels) display, and is powered by a 1.3GHz MediaTek MT6737 quad-core Cortex-A53 SoC paired with 1GB or 2GB of RAM (depending on the variant). Inbuilt storage offering is at 16GB. Optics include a 8-megapixel rear camera with f/2.2 aperture, 1.12 micron pixels, autofocus, 71-degree field of view and an LED flash. The biggest improvement is seen on the battery side, with the Moto C Plus sporting a 4000mAh battery. The Moto C Plus dimensions measure 144x72.3x10 mm, and it weighs 162 grams. All the other specifications match with the Moto C.

Both the Moto C smartphones are seen sporting capacitive navigation buttons, with no sign of a fingerprint scanner at the front or back. The speaker grille is seen at the back of the smartphones, while the 3.5mm audio jack sits on the top edge.