Lenovo-brand Moto released a video last week celebrating past 44 years of the company. The YouTube video showed a progression of Motorola's flip-flop phones and smartphones paying homage to company's greatest innovation - cellular mobility. However, the video also revealed a new budget smartphone - Moto C - having white multiple speaker grilles on the rear in a white colour. Additionally, there is another device spotted in the same video was originally thought to be the Moto X (2017), which was earlier leaked in live images, but tipster @evleaks claims it is the Moto E4 instead.

The Moto device spotted (seen above) by a Twitter user from the video was forwarded to the renowned tipster @evleaks for more information on it. The tipster confirmed it to be the Moto C, another budget smartphone targeting markets outside US. It's separately said to be the cheapest smartphone in the Moto lineup, priced under $100 (roughly Rs. 6,500). The Moto C was earlier spotted in a certification list in Russia bearing the model name XT1750, according to The Android Soul. Going by the certification listing, the smartphone is speculated to sport a 5.2-inch display, a quad-core MediaTek MT6580 SoC under the hood with Android Nougat out-of-the-box. It also bears a design similar to the present the Moto G or Moto Z smartphone lineup.

Separately, while the Moto C picture spotted out of Moto's YouTube video appears in white colour only, an image shared on Twitter by @krispitech (from Weibo user ucanup) shows us other colour variants in Black, Gold, and Red. The image also hints at the presence of 3.5mm audio jack, a camera module with flash, and power button & volume rockers on the right. 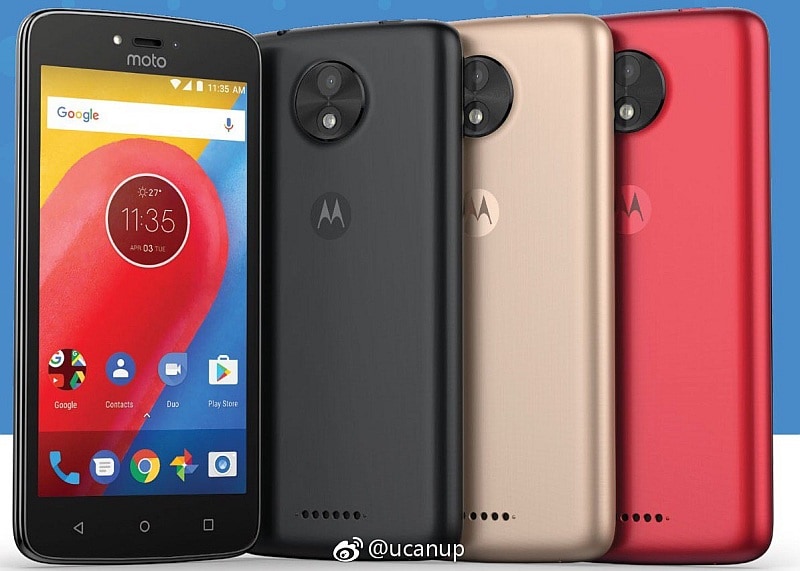 In a similar report, Android Headlines reports Moto C to feature a MediaTek MT6737m 64-bit quad-core processor coupled with 1GB of RAM and 16GB of inbuilt storage. It is said to pack-in a 5-inch FWVGA (480x854) display, while a 2300mAh removable battery will be there inside. A 5-megapixel camera will be there on the back of the Moto C, while there will be a 2-megapixel front-facing shooter.

The same 44-year anniversary video also shows an image (seen below) of what Blass claims to be the Moto E4 - a smartphone that was leaked in the recent past alongside the Moto E4 Plus. The design was similar to the leaked images of the Moto X (2017), and thus the earlier speculation.

Lenovo-brand Moto has more to offer besides Moto C and Moto E4, with the Moto X (2017) and Moto Z2 to be in works. Last month, Moto X (2017) was leaked in live images along with specifications. One of the leaked images include a bootloader screen of Moto X (2017) that shows it will pack an MSM8953 processor (commonly known as Snapdragon 625) coupled with 3GB of RAM. The device is tipped to come with 32GB of inbuilt storage. The model number for the smartphone is XT1801, as per the leaked image. 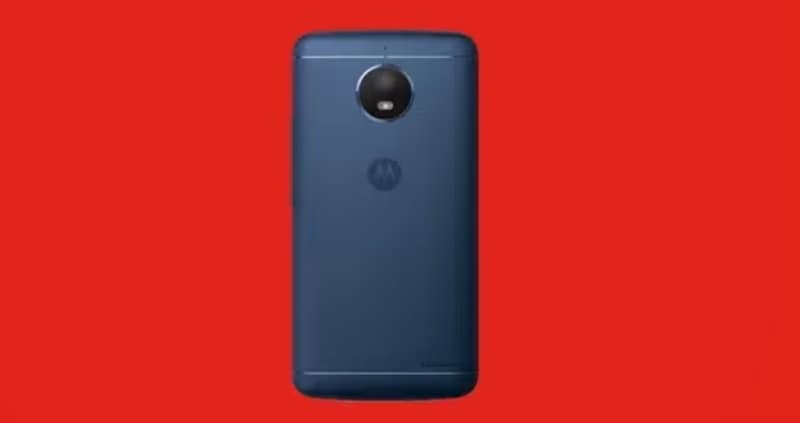 Apart from this, Moto Z2 is also believed to be Moto's successor to Moto Z. It is said to have support for Moto Mods, as confirmed by Evan Blass. Currently, the specifications for the Moto Z2 are scarce. The information about the upcoming Moto smartphones is not official and we advise readers to take it with a pinch of salt.