More evidence suggests 'HTC One' name for the HTC M7 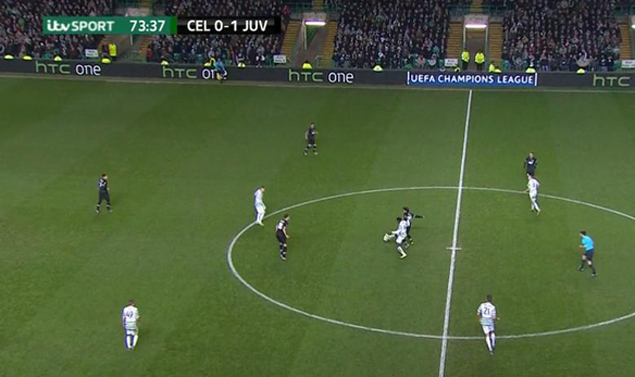 HTC's latest flagship smartphone seems to be having a hard time keeping away from news. It was earlier speculated that this smartphone will be debuting at HTC M7 but as per the latest leaks, it seems that the smartphone may well be called HTC One.

PocketNow is reporting via Coolsmartphone that this smartphone will indeed be called HTC One. The website is speculating the same based on the banner ads that were placed in Champions League football match between Celtic of Scotland and Juventus of Italy. The banner ad were liberally placed all through the stadium and clearly read "HTC One".

Though HTC may well be advertising the entire series through these banners but that seems unlikely as usually smartphone makers only advertise devices and not series.

Earlier, the usually reliable @evleaks had also tweeted something similar saying "HTC M7 coming to market as simply the HTC One." So one can consider this as additional confirmation.

HTC M7 coming to market as simply the HTC One.

As per the past rumours, HTC One may come with 4.7-inch full-HD display, making it an incredible 468ppi. Other alleged specs include a 1.7GHz quad-core Snapdragon processor with 2GB of RAM, 32GB of internal storage and a 2-megapixel one in the front. It likely runs on Android 4.2 (Jelly Bean) along with the latest version of Sense UI. The smartphone is also expected to come with a 4.3 ultrapixel rear camera.

HTC One is expected to be unveiled at a simultaneous event in London and New York on February 19. There are also reports doing the rounds, that one might see HTC M4 and G2 smartphones at this event.

In the past, there have been rumours that the smartphone will be available in UK from March 8, 2013. HTCSource, on the other hand is reporting that this smartphone will be making its way to United States on March 22, 2013. The site further claims that 32GB version of HTC One will be available through major telecom operators such as AT&T, T-Mobile and Sprint for $199.99 with a two year contract, while the 64GB version which will cost $299.99 with a two year contract.