Moody's cuts Nokia to "junk" on fears of cash burn 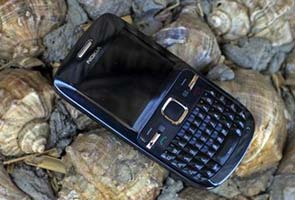 Moody's is the third ratings agency to relegate Nokia to non-investment grade status, which means many institutional investors such as pension funds will not buy its bonds. S&P and Fitch made similar moves in April.

Nokia is placing its hopes of a turnaround on a new range of smartphones called Lumia, which use largely untried Microsoft software, but sales have been slow. Nokia ditched its own Symbian operating system and switched to Microsoft last year.

"Today's rating action reflects our view that Nokia's far-reaching restructuring plan... delineates a scale of earnings pressure and cash consumption that is larger than we had previously assumed," Moody's analyst Wolfgang Draack said in a note.

Moody's also said Nokia may also have to contribute more capital or funding to Nokia Siemens Networks, its joint venture with Siemens , if the restructuring costs start to exceed cash flow from operations.

At least ten brokerages slashed their price targets on Nokia's shares, which have fallen more than 50 percent since the start of the year. They were trading up 3.6 percent at 1.89 euros at 1346 GMT.

"Nokia's current profit warning worryingly reflects the company having to significantly discount its new Microsoft Lumia products in order for the eco-system to gain any traction with retailers, operators and consumers," UBS said.

Nokia's plan to cut more jobs and reduce operational costs are a step in the right direction, but the moves may be too late, said Wedbush Securities analysts, who cut their price target on the U.S.-listed shares to $2.50 from $3.25.

Canaccord Genuity analysts lowered their price target on Nokia's U.S.-listed shares to $2.70 from $3.50.

"Due to our expectations for a continued sharp decline in Symbian smartphone sales...combined with a slow ramp in Windows smartphone volume...and continued mobile devices pricing pressure...2012 remains a challenging transitional year for Nokia," the analysts said.

Analysts at Credit Suisse downgraded the stock to "neutral" from "outperform," while those at Nordea Equity Research cut their rating to "hold" from "buy."

Natixis cut its price target on the stock to 1.5 euros from 2.6 euros while Societe Generale cut its target to 1.6 euros from 1.8 euros.