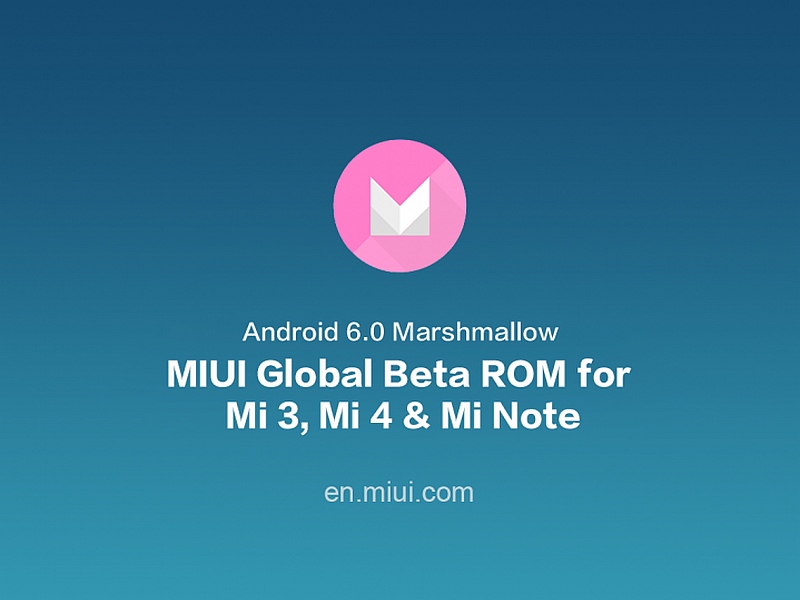 Soon after making available the stable release of its Android 6.0.1 Marshmallow-based MIUI ROM (v7.2.8) in China for the Mi 3, Mi 4, and Mi Note, Xiaomi has announced the global beta release of the ROM (v6.3.17) for the same handsets.

To note, unlike the MIUI China ROM, the MIUI Global Beta ROM 6.3.17 comes with Google Mobile Services built-in, and along with it, access to the Google Play app store. To recall, Xiaomi released MIUI 7.1 global stable build for a range of devices in January 2016. The update, depending on the device, offered either Android Lollipop features, or Android KitKat features.

In a forum post, Xiaomi has detailed the highlights that the update will bring, as well as listed download and installation instructions. Some of the biggest new features include account lock after flashing phone in Mi Cloud - Find device; improved Permission Manager; shortcuts to downloads and hidden folders in Explorer; device-to-device wireless transfers in Explorer, and a new card design for Explorer.

There are also several optimisations that Xiaomi has made with the update, including voice over for SIM 1, SIM 2, Keypad; name card style when sending contacts; text box style of starred messages; and improved support for syncing part of SIM card messages. Fixes include several for text messages, lock screen, status bar, notification bar, home screen, backup, and cleaner.
Comments