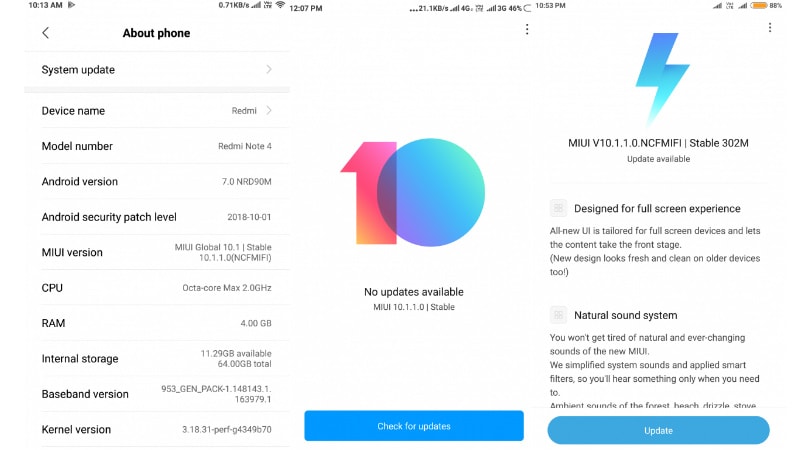 On its Mi India forums, Xiaomi has announced that the MIUI 10 Nightly Global Stable V10.1.1.0.NCFMIFI for Redmi Note 4 is being pushed to random users in India. The update is being pushed via OTA, and because it's a nightly stable update, it may be a while before all users see the update. Some users have already started reporting of the update arriving on their phone, and have shared screenshots on the forums as well.

For those who aren't seeing it yet, Xiaomi should begin a public rollout soon, and therefore its recommended to keep checking for the latest MIUI 10 ROM by going to Settings > About phone > System updates > Check for updates.

The Redmi Note 4 is part of the second wave rollout for the MIUI 10 update, and the company has reportedly confirmed that a total of 21 devices will get the update. Earlier this month, Xiaomi Poco F1 also started receiving the MIUI Global Stable ROM update