These features are available for China developers on the Xiaomi Mi 9, and it should be added to beta and stable versions after sufficient testing. 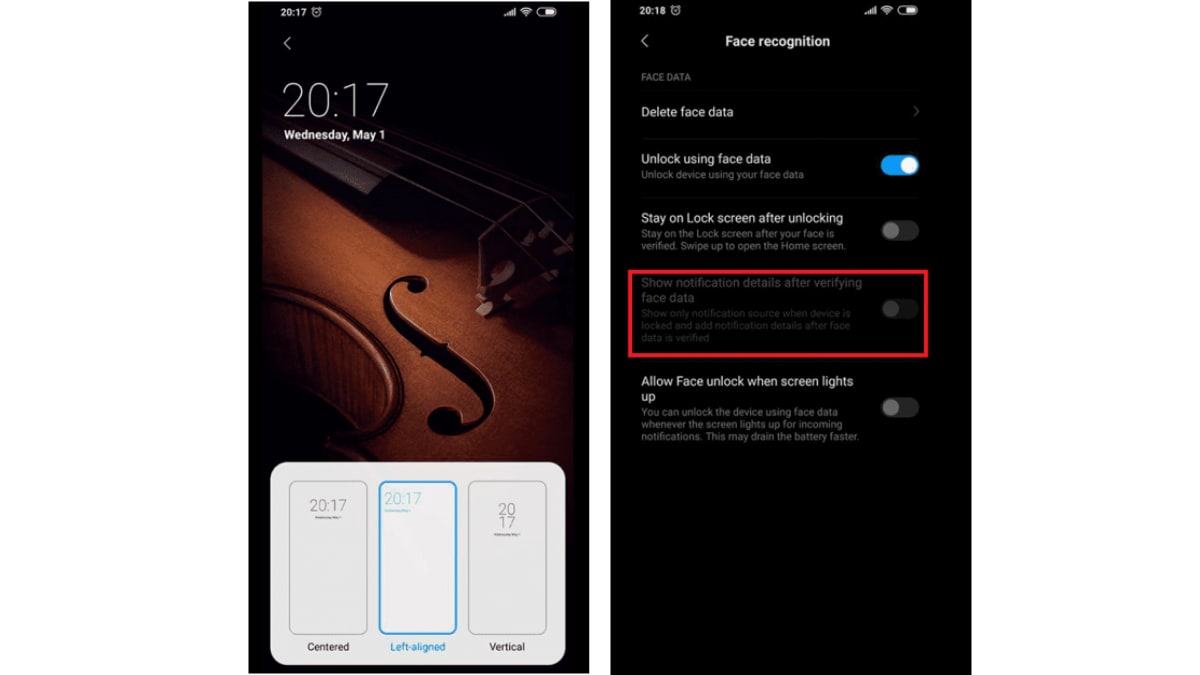 MIUI 10 has been spotted adding a few new features for testing, and the MIUI Home app code hints at the additions of home screen swipe gestures and the possible return of Child Mode in the future. MIUI 10 9.5.1 Developer ROM adds the ability to customise the lock screen clock, and the ability to see notifications with face unlock as well. These features are available on the China Developer ROM only for now on the Xiaomi Mi 9, and it should be added to beta and stable versions after sufficient testing, if deemed worthy of course.

XDA Developers reports that the MIUI 10 9.5.1 Developer ROM in China gets the ability to adjust the clock widget on the lock screen. Users can choose between ‘Centered', ‘Left-Aligned', and ‘Vertical' orientations in the widget. This feature is set to arrive with Android Q, and Xiaomi looks to offer its users the same, without actually updating the Android version.

Digging into the code of the MIUI Home app, the publication also found that the MIUI team is looking to bring swipe gestures controls and Child Mode. These new gesture controls will allow users to launch apps, open the notification shade, or open a system-wide search by swiping up or down on the home screen of the MIUI launcher.

Lastly, the code also includes references about a Kid space, indicating that Child Mode could return. MIUI 9 had Child Mode allowing parents to lock many apps with a pattern or pin code. It is unsure whether this feature will return with MIUI 10 future update or with MIUI 11. Both these features aren't enabled in the latest MIUI 10 nightly, so it may still be under development.