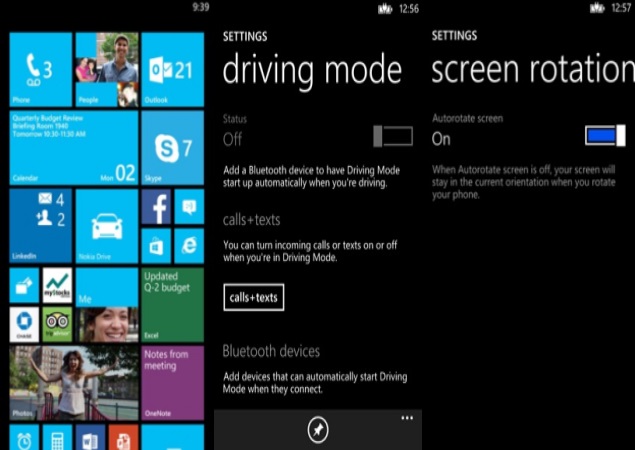 Microsoft has finally announced the much-anticipated third update for Windows Phone 8. The company also mentions that the new update will be rolled out in the coming weeks and will be continuing for some months depending on the carrier and phone models. However, the company has not detailed anything about region-specific rollouts of the latest third Windows Phone update.

The new update, previously thought to be called the Windows Phone GDR3 update, brings some of the most awaited features to the Windows Phone platform that includes support for bigger display (5-inch and 6-inch displays) that will now house six Live Tiles instead of four, as found in previous version; support for higher resolution (full-HD or 1080p) displays, which paves the way for yet to be released Windows Phone devices (like the rumoured Nokia Lumia 1520); support for more powerful processors, like the Qualcomm Snapdragon 800 quad-core processor, and improvements in Internet sharing, which now adds a pairing feature for a Windows Phone 8 device and Windows 8.1 PC or tablet over Bluetooth for sharing cellular data via Wi-Fi hotspot.

The latest update for the Windows Phone 8 platform brings a new Driving Mode feature that will limit notifications for calls, texts and emails on the phone's lock screen while driving. This feature can also be set for automatic replies to contacts for calls and texts while driving.

There are some minor changes added to the third WP8 update that include custom ringtones for messages, emails, voicemails, reminders and contacts; new rotation lock option to keep the device's screen in place while using it; new storage management feature that will allow users to free up space on the phone and manage temporary files; app switcher to close background apps; some enhancements in connection quality for Bluetooth-attached accessories, and finally, users will be prompted to set-up Wi-Fi during phone's start up process.