Microsoft Posts Record Loss as It Writes Down Nokia 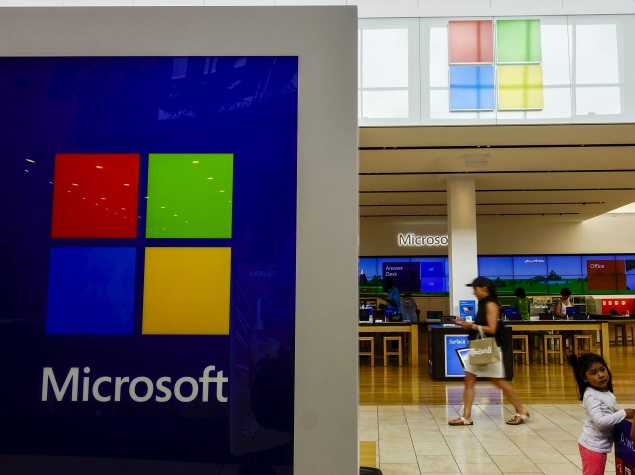 Microsoft Corp reported a $3.2 billion (roughly Rs. 20,357 crores) quarterly net loss, its biggest ever, as the company wrote down its Nokia phone business and demand fell for its Windows operating system.

The company took a charge of $7.5 billion (roughly Rs. 47,712 crores) in the fourth quarter related to the restructuring of its Nokia handset business, which it bought last year.

Microsoft's shares fell 4 percent to $45.38 in extended trading on Tuesday.

Under Chief Executive Satya Nadella, the company has been shifting its focus to software and cloud services as demand for its once-popular Windows operating system slows.

Sales of Windows to computer manufacturers to install on new PCs fell 22 percent in the quarter. The company is scheduled to roll out Windows 10 on July 29, a much-awaited launch after a lacklustre response to Windows 8.

Bing, the company's online search engine, will be profitable in the year ending June 2016, Hood said on Tuesday.

Sales of Windows to businesses fell 21 percent from the year-earlier quarter, when demand for the operating system had surged after Microsoft discontinued support for Windows XP.

Revenue from Microsoft's commercial cloud business, which includes offerings such as Office 365 and Azure, rose 96 percent, excluding the impact of a strong dollar.

The company said this month that it would cut 7,800 jobs, or nearly 7 percent of its workforce, mainly in the phone hardware business.

Microsoft reported a net loss of 40 cents per share for the quarter ended June 30. The company had posted net income of $4.61 billion (roughly Rs. 29,327 crores), or 55 cents per share, a year earlier.