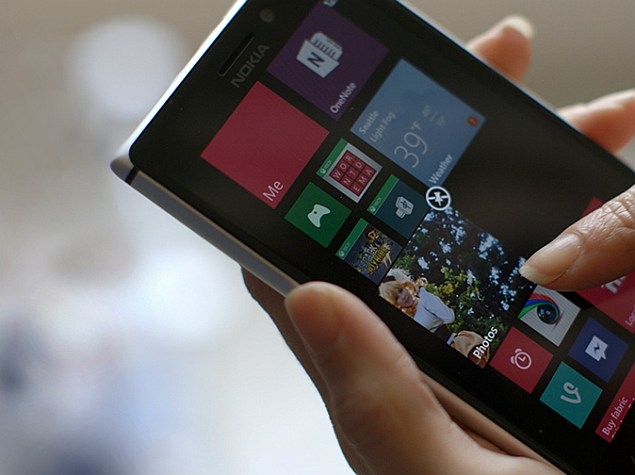 Microsoft introduced its Kinect as a motion-sensing input device for the Xbox 360 video game console and Windows PCs back in 2010, and now the company is said to be using the same technology in its upcoming Windows Phone devices.

The Verge in a report has claimed that Microsoft's future flagship handset codenamed McLaren will feature gesture support which will let users navigate on the phone without touching the display, and will be released on a range of US carriers later this year.

The report cites sources familiar with the Redmond giant's plan that revealed the new gesture support feature is being internally referred to as 3D Touch or Real Motion, and has been developed by Nokia.

It's worth noting that Nokia's long-rumoured 'Goldfinger' flagship was expected to debut this year with the latest Windows Phone 8.1; however, the report notes that the launch was pushed back to an additional update scheduled later this year. The report suggests that the 'Goldfinger' phone is being used as an engineering device by developers for the impending UI changes and also the McLaren launch.

Phone tipster Evleaks had recently leaked Nokia's (now Microsoft Mobiles) handset roadmap for 2015 and which also included Nokia McLaren. The Verge suggests that the McLaren will be a Lumia 1020 successor and will feature a hump for rear camera at the back panel.

The report tips that the McLaren will come with a number of sensors to enable the 3D Touch technology, and also suggests that Microsoft has been working with developers to support the new system with apps and games. Notably, the report claims that the 3D Touch technology which will debut on the McLaren Windows Phone will be a unique feature and will be not found on other handsets from Samsung and HTC initially.

Some of the gesture features expected to debut on the McLaren Windows Phone include answering calls by holding the handset near users' ears, or to hang up a call by just placing it in users' pocket. Other 3D Touch features tipped include mute phone call by a hand gesture or dismiss notifications or alerts by waving hand in front of the display.

For those unaware, Kinect is a webcam-style add-on peripheral that enables users to control and interact with the Xbox 360 or the PC through a natural user interface using gestures and spoken commands, eliminating the need of a traditional input device.

Microsoft, on the other hand, is reportedly also working on a device dubbed 'Superman', which is said to be the company's first selfie-focused Windows Phone.

It's worth pointing out that Amazon had recently announced a June 18 event where it is due to make an announcement. The company is expected to launch its first smartphone at the event, a device that has been rumoured to feature a 3D interface for a while.