Microsoft Lumia 950 XL has once again made it into the news as it shows up in a live shot just ahead of its launch. The image shows the upcoming smartphone's battery and camera module in a unit without a back shell.

The leaked image posted on Twitter by @stagueve, a tipster, on Monday suggests the Lumia 950 XL would sport a removable 3340mAh battery. The SIM card/ microSD card slot is placed just above the battery. It appears as if the battery would have to be removed in order to insert a SIM card or a microSD card. It the leaked image is any indication, the removable battery would be a change from the recently launched Microsoft handsets with sealed back panels. 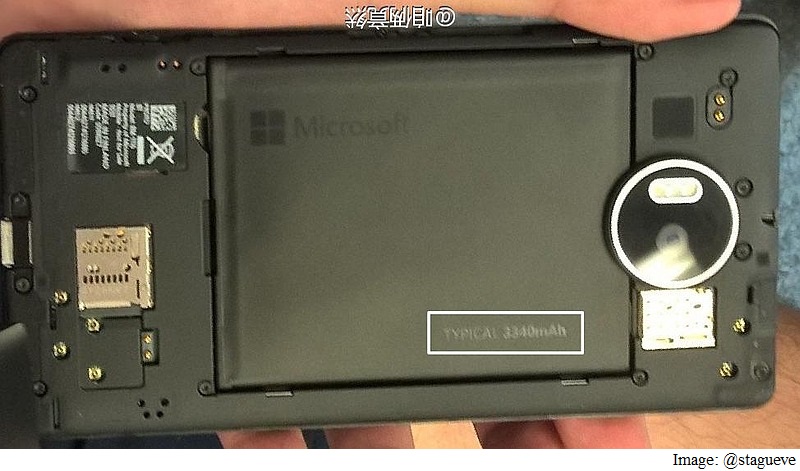