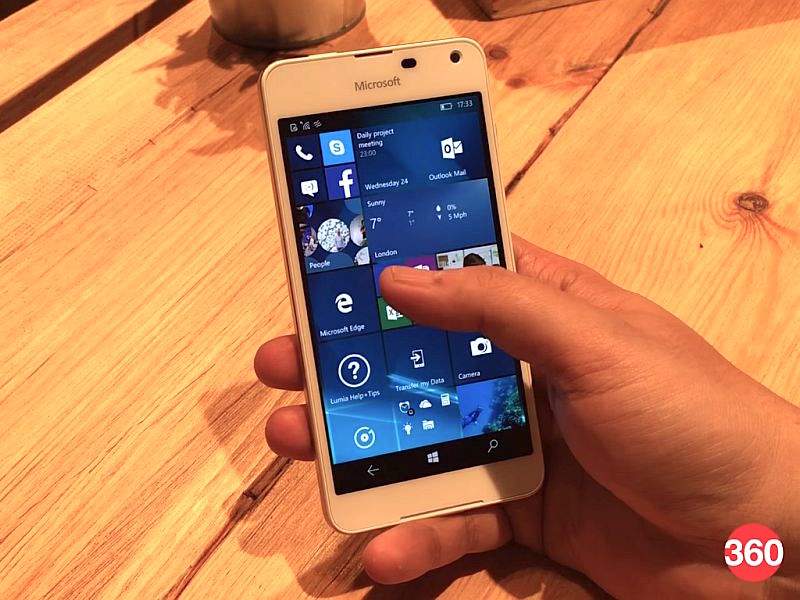 For everyone anxiously waiting for the release of a new Windows Phone, Microsoft appears set to soon begin selling the Lumia 650 in India. While the company's official India store still lists it as 'Coming Soon', a third-party seller has listed the smartphone for sale at Rs. 16,599 via Amazon India.

The Microsoft Lumia 650 was originally unveiled in February, when Microsoft said the smartphone strikes the "perfect balance between work and personal needs." It is the most recent Lumia to be launched, and is among a handful of smartphones that Microsoft has launched in past one year and a half.

As this is a third-party seller listing, we advise users to exercise caution, and it's very possible Microsoft may officially launch the smartphone at a different price. The Microsoft Lumia 650 is currently available in its White colour variant. The Black variant of the Lumia 650 on Amazon India is no longer available to purchase.

As for the specifications, the Microsoft Lumia 650 sports a 5-inch Amoled ClearBlack display with HD (720x1280 pixels) resolution, offering a pixel density of 297ppi. The Lumia 650 is powered by a quad-core Qualcomm Snapdragon 212 SoC clocked at 1.3GHz clubbed with 1GB of RAM. It packs 16GB of built-in storage and supports expandable storage via microSD card (up to 200GB).

Other features of the Lumia 650 include an 8-megapixel camera with LED flash, a 5-megapixel sensor uptop, a 2000mAh battery and support for Nano-SIM. The Lumia 650 comes with dual-SIM slots as opposed to one SIM slot and one hybrid SIM slot, which means that you wouldn't have to choose between an additional SIM card and external storage, as has become a trend in many smartphones. On the software end, Lumia 650 ships with Windows 10 Mobile out of the box.