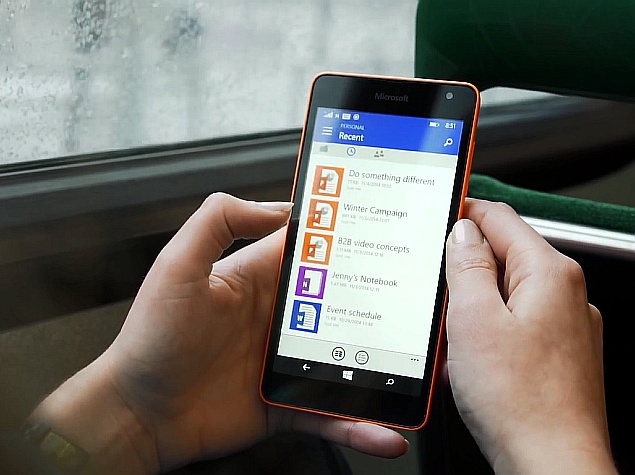 Microsoft, which last week confirmed that its first non-Nokia branded Lumia smartphone - the Lumia 535 - carries a touchscreen bug, has now announced the fix will rollout to Vietnamese users starting December 27.

The first round of firmware update will be rolled out for Microsoft Lumia 535 dual-SIM smartphone as an OTA update, as per the Microsoft support email (via WMPoweruser) sent as a reply a user on December 19. The details of the OTA rollout in other regions are not yet known. The email states that users can check for updates by navigating to Settings>Phone Updates> Check for Updates on their Lumia 535 smartphones.

The Microsoft email adds that the upcoming firmware update will 'completely' solve the touchscreen issues faced by users. "This update will completely improved touch functionality on two SIM phone Lumia 535 and gives a better user experience for users of this phone line," states the translated email.

To recall, the touchscreen issue highlighted convincingly in the video by Winphone Viet showed the Microsoft Lumia 535 struggling with a touchscreen sensitivity issue and inconsistent tracking of touch input. It was recommended that until the Redmond-based tech firm rolls out an update, users can switch off the Screen Magnifier feature, which can be found under Settings > Ease of Access option, to avoid the issue to some extent.