Initially announced last month alongside the Microsoft Lumia 435 and Microsoft Lumia 435 Dual SIM, the Lumia 532 Dual SIM also has a single SIM variant that comes with otherwise identical specifications and is not expected to reach the Indian shores.

The Lumia 532 Dual SIM features a 4-inch WVGA (480x800 pixels) LCD display. It is powered by a 1.2GHz dual-core Qualcomm Snapdragon 200 processor coupled with 1GB of RAM. It comes with 8GB of built-in storage further expandable storage support via microSD card (up to 128GB) and is backed by a 1560mAh battery rated to deliver up to 12 hours of talk time and up to 528 hours of standby time. 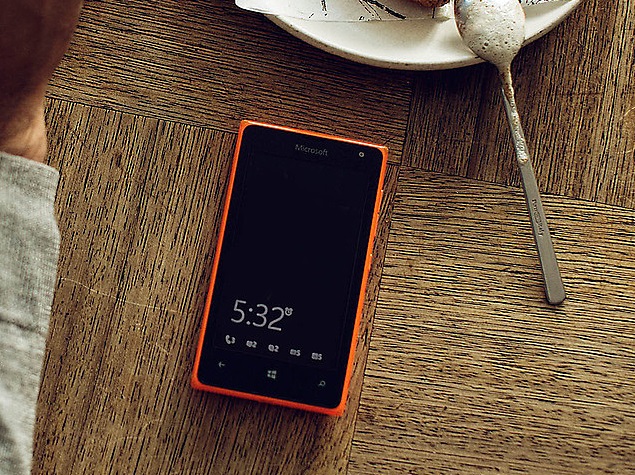 The Lumia 532 Dual SIM sports a 5-megapixel fixed-focus rear camera while a 0.3-megapixel front-facing camera is also on board. The smartphone also comes pre-installed with Lumia Camera app. It also includes MixRadio app.

The Lumia 532 Dual SIM packs an ambient light sensor, accelerometer, and proximity sensors. It measures 118.9x65.5x11.6mm and weighs around 136 grams.

The Microsoft Lumia 435 Dual SIM officially listed last week at Rs. 5,999 has been also announced at the same price alongside the Lumia 532 Dual SIM.