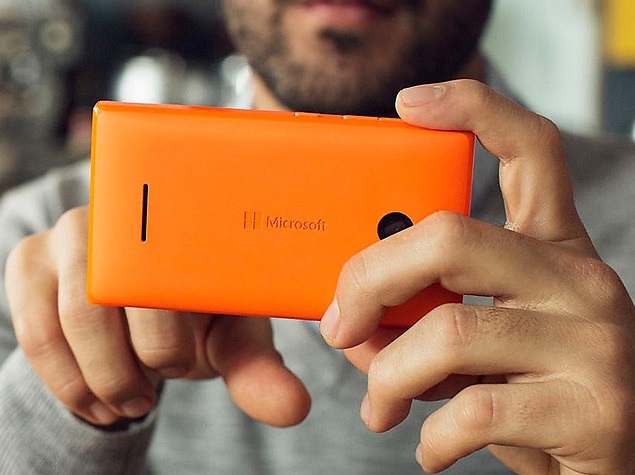 Microsoft has quietly announced a new variant for the Nokia Lumia 635 with bumped-up RAM, and in the meanwhile, details about a new smartphone dubbed Lumia 640 Dual SIM DTV have been leaked.

The Nokia Lumia 635, which currently sports 512MB RAM, will soon be receiving 1GB of RAM upgrade according to a Telenor product listing in Hungary. Microsoft has also updated its Lumia 635 specifications page with the the notation - "512MB or 1GB" accompanied by the footnote "varies in selected markets". It also notes a drop in maximum standby time between the 512MB RAM variant from 25 days to 19 days with the 1GB variant.

While the exact details on availability or price is not yet known, the smartphone with 1GB of RAM is said to reach certain carriers like Telekom, Movistar, TIM, Wind and more, reports GSM Arena. It has also been pointed out that Microsoft might be ending the inclusion of 512MB RAM in all its entry-level devices. The company's latest entry-level Lumia 435, Lumia 532 and Lumia 535 all include 1GB of RAM.

Meanwhile, documents from Brazil's regulatory agency Anatel have indicated a new handset called Microsoft Lumia 640 Dual SIM DTV, which will be showcased in the company's MWC 2015 event in Barcelona. A Brazilian website named Janela Tech, which got its hands on the documents, added that the smartphone will include integrated digital television (DTV) support seen in some other Brazilian handsets, along with 3G and Bluetooth 4.0 connectivity. Also accessories including AC-20B charger, battery Lithium-T5C BV, and WH108 headset will be compatible with the device.

In addition, the Nokiapoweruser website added that the Lumia 640, codenamed RM-1072, might also feature LTE connectivity. A dual-SIM variant is said to bear the codename RM-1077. Wireless charging and NFC are also said to be included. The website also reports that Microsoft Lumia 640 might come priced at around $275 (roughly Rs. 17,100).