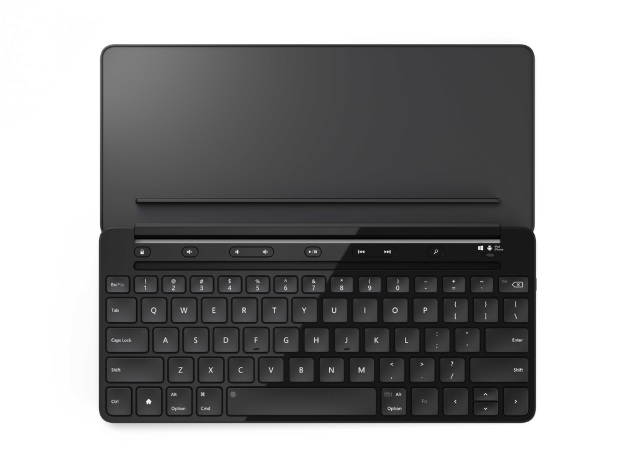 Microsoft has launched the Universal Mobile Keyboard, which is compatible with Android, iOS, and Windows devices.

The Universal Mobile Keyboard will be available from the Microsoft Store and other retailers starting October and has been priced at $79.95 (roughly Rs. 4,800).

Microsoft claims that the new keyboard has been "designed for iPad, iPhone, Android devices and Windows tablets." Windows Phone is conspicuously missing from the list.

The company is also touting the Universal Mobile Keyboard's OS switch, which allows users to change from one operating system to another while maintaining a fully functional keyboard. The new keyboard from the Redmond giant comes with a physical chiclet-style keyset, usually seen on laptops. The bundled protective cover also has an integrated stand that can be detached, and helps position the tablet. 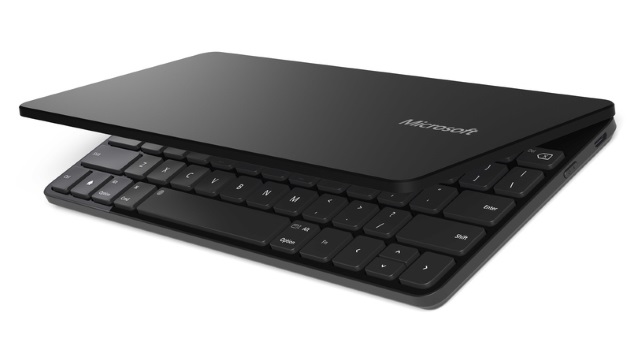 Notably the Universal Mobile Keyboard, keeping in mind Android and iOS users, comes with dedicated Android home button and a CMD key (usually seen on Apple keyboards). The Verge point out that despite supporting Windows tablets, the company has not placed the traditional Windows key/ logo, usually seen on all Microsoft branded wired and wireless keyboards.

Other features of the new Universal Mobile Keyboard include a rechargeable battery that Microsoft claims can last up to six months of usage on a single charge, and Bluetooth support.

Microsoft notes in a blog post, "The Universal Mobile Keyboard was built with portability in mind. It's easy and quick to set up, especially on the go. Simply open the protective cover and the keyboard automatically turns on, and connects using Bluetooth. Shut the cover, and it instantly turns off."

The Redmond-giant had earlier this year released the All-In-One Media Keyboard, which was a full-size wireless keyboard with an integrated multi-touch trackpad. However, it was only compatible with Windows PCs running Windows 8.1, Windows 8, Windows RT 8.1, Windows RT 8 and Windows 7.

The Redmond giant on Monday started sending invitations that read "Join us to hear what's next for Windows and the enterprise," to a September 30 event where the company is expected to reveal the next version of its Windows operating system.