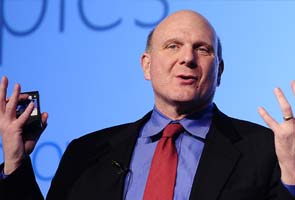 ITC Judge David Shaw said that Microsoft infringed four patents and did not infringe on a fifth in the complaint.

The full commission will review the judge's decision and issue a final ruling in August.

The patents in the complaint are for technology like wireless connections for the Xbox to the Internet and video compression to speed transmission.

Motorola Mobility asked for the infringing devices to be barred from importation into the United States.

Motorola Mobility, which is being acquired by Google Inc , had filed related lawsuits against Microsoft in district courts in Wisconsin and Florida.

The trade commission complaint is related to the larger smartphone patent war between Apple , Microsoft and the mobile phone makers who use Google's Android software. Motorola Mobility is among them.

Tech companies have spent billions of dollars to buy patent portfolios that they can use defensively or offensively, and still more money litigating in the United States and Europe.

Google's Android software, which the company lets handset makers like Motorola Mobility use for free, has become the world's No. 1 smartphone operating system, ahead of Apple Inc's popular iPhone with its iOS software, according to comScore data released in January.

Microsoft was third, with less than 5 percent market share.

Microsoft said it would press on with the case. "We remain confident the commission will ultimately rule in Microsoft's favor," it said in an emailed statement.

Motorola Mobility said it was pleased with the decision. "Microsoft continues to infringe Motorola Mobility's patent portfolio, and we remain confident in our position," the company said in a statement. "We look forward to the full commission's ruling in August."

The ITC, a U.S. trade panel that investigates patent infringement involving imported goods, is a popular venue for patent lawsuits because it can bar the importation of infringing products and because its cases are ruled on quickly.