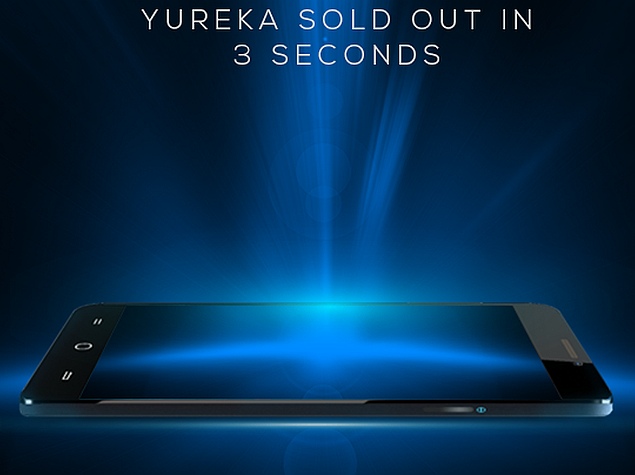 The third flash sale of Micromax's Yu Yureka (Review | Images) on Thursday saw 10,000 smartphones go out of stock in 3 seconds on Amazon India, matching the figures of the first flash sale that saw much controversy due to site glitches and incorrect pricing, as well as allegations of making a smaller number units (3,000) available to purchase.

Micromax subsidiary Yu Televentures also announced the next flash sale for the Yu Yureka will be held at 2pm IST on February 5, while registrations for the next sale open at 5pm IST on Thursday. The company says it will follow a weekly flash sale model on Thursdays, and that unlike previous flash sales, users will have to register individually for each sale, with earlier registrations not being carried forward.

Notably, a special Yu Yureka sale was held on Wednesday for contest winners and "impacted customers" who were unable to avail the smartphone in the previous two sales to due to incorrect price listings or payment issues, as well as for those customers that received defective or damaged units.