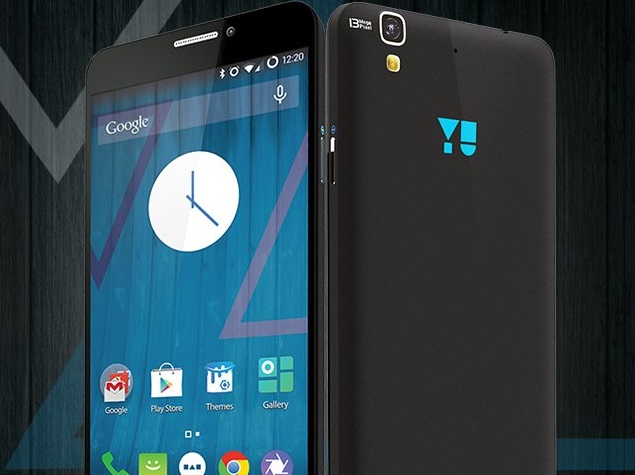 Micromax's Yu Yureka smartphone, as expected, went on sale on Tuesday via Amazon India and the company announced it took just 3 seconds for the smartphone to be listed as 'out of stock'.

Thanks for the response. Yureka was stock out in 3 seconds. #YUPlayGod

The firm announced the news on the @Yuplaygod Twitter account. The company last month had confirmed that it will sell the new Cyanogen OS-based smartphone, along the the lines of Xiaomi's flash sales, and announced an exclusive partnership with Amazon India. Notably, Micromax co-founder Rahul Sharma had recently revealed that the company received 3 lakh registrations for the first sale.

With just 10,000 units of for grabs, Micromax's Yu Yureka was clearly in heavy demand and saw some steep reactions from consumers on social platforms.
Much like Xiaomi, Micromax's Yu Yureka after its lightning deal (a term for a flash sale being used by Micromax) also faced waves of Twitter outage.

Some of the users complained of errors and even a site crash during the first sale for Micromax's Yu Yureka on Amazon India.

@YUplaygod An error occurred wen we tried to process ur request.We're working on problem & expect to resolve it shortly Preplanned error

@YUplaygod i have it in my cart but cant purchase

@YUplaygod I am wondering How the people managed to ordered it from 503! error page

Some users, on the other hand, were amused by things than happy or angry though.

@YUplaygod Congratulations!But ur lakhs of users are disappointed today, Full ur stock otherwise we've next opt #RedmiNote2 or #Mi5 #rumors

Some even compared Micromax's Yu Yureka sale on Amazon India to Xiaomi's handset sales on Flipkart.

One user even pointed that the handset was available to buy at a higher price after the sale ended on Tuesday, while some of our readers said that at the time of checkout, the Rs. 8,999 price was revealed to feature a Rs. 3,500 discount from the actual list price of Rs. 12,499. Another reader claims only the Rs. 12,499 price was visible.

Micromax announced that the next sale will be on January 22, which is a Thursday, tipping that it will not directly compete against Xiaomi's traditional Tuesday flash sales. The company will also need the time to fix the glitches experienced during its first sale. Micromax however has not revealed when registrations for the next sale will begin.

Thank You for an amazing response. The next sale begins on 22nd January. Stay tuned for updates #YUPlayGod pic.twitter.com/Igw4CeDh9B

The popular domestic handset brand had ahead of the sale revealed the steps to buy a Yu Yureka smartphone and stressed that "it will be available for purchase on a first-come-first-serve basis only till the stocks last with a quantity limit of one smartphone per consumer."

The company also suggested registered users to log in to Amazon India prior to the sale.

To purchase the Yureka Smartphone, you will need to follow the steps given below:

Please Note - If you are logged in from mobile, the Waitlist option will not be visible.