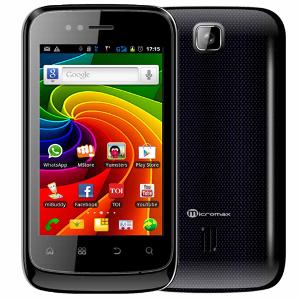 Highlights
Indian handset maker Micromax has announced the launch of its latest budget Android smartphone in the country today. Dubbed as A45 Punk, it is now available in the country for Rs. 5,499.

According to Micromax, the smartphone comes pre-loaded with company's voice assistant app AISHA, which recently debuted in Superfone A50.

At this pricing, it is one of the cheapest smartphones from Micromax as well as from all Android manufacturers in the country. Thanks to the bigger display and voice assistant app, it is expected to undercut the sales of another budget Android Samsung Galaxy Y, which is quite popular among youngsters.

Sony wows PlayStation faithful at E3 2012
Sony unveils Beyond, The Last of Us, God of War Ascension at E3 2012