Micromax Is Back With 3 New Smartphones in India, One a Budget Phone With ‘Premium’ Features

The new smartphones by Micromax will be available under the Rs. 10,000 price segment. 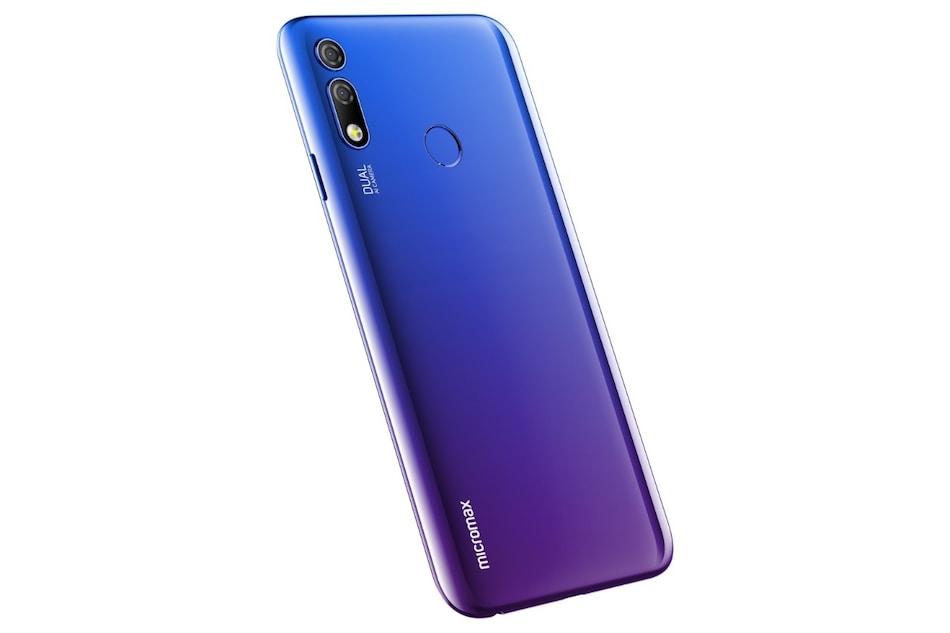 Micromax was briefly the top smartphone vendor in the Indian market

Micromax is planning to launch three new smartphones in India soon, including a budget phone with “premium” features and “modern look”. The Indian company is teasing the launch through its social media channels ahead of any official announcement. This new development comes amid the anti-China sentiment that has reached new levels due to the clashes at Galvan Valley. Micromax launched the iOne Note as its last smartphone in the country in October, and it is listed online with a price tag of Rs. 8,199.

There is a line of soft launches in the works, and all of these will debut together tentatively next month, a person familiar with the company's plans told Gadgets 360. The company is planning to launch three new phones in total that all would be available under the Rs. 10,000 price segment, the person said.

Micromax is teasing the launch on Twitter — while responding to users inquiring its comeback plans.

“We're working hard internally and soon we will come up with something big. Stay tuned!” Micromax tweeted in response to one of users asking for producing an alternative to Chinese phones.

In a separate tweet, the company said that it has a new device in development with premium features, “thoroughly modern look and budget friendly.”

Micromax is using hashtags #MadeByIndian and #MadeForIndian in its tweets to support the ongoing sentiments to boycott Chinese products. However, the company is not saying whether it's manufacturing the new models in India or outsourcing from a manufacturer in China.

Hey! Ayush. Hold uptight, we are coming up with something big soon. #Micromax #MadeByIndian #MadeForIndian

It is important to highlight that Micromax has a record of selling rebranded Chinese phones in the past. Co-founder Rahul Sharma even established a sub-brand called Yu Televentures in December 2014 that initially brought a couple of rebranded phones from Shenzhen-based vendor Coolpad that later entered India to sell its models independently.

"Micromax can certainly try to make a comeback in these times," said Navkendar Singh, Research Director — Devices and Ecosystem, India & South Asia, IDC, told Gadgets 360. "However, it will be very difficult and full of challenges, not only for Micromax, but any new brand trying to make an entry in a highly complex but consolidate smartphone market like India."

Singh added that the market is now heavily consolidated, with the top five brands holding over 75 percent of the market, which will only make it harder for Micromax.

Once a king in the market
Micromax was once a leading domestic player in the mobile phone market in India. The Gurugram-based company even became the tenth largest smartphone company globally in the third quarter of 2014. However, it lost ground after the expansion of Chinese companies including Xiaomi in India, coupled with some inventory issues as the 4G rollout in India proceeded faster than expected by many.

In 2018, Micromax launched the Infinity N11 and Infinity N12 as its two new smartphone models. The list contracted to just one model last year — with the launch of the Micromax iOne Note that silently went on sale in the country in October. It was initially teased in September.