Micromax has sent invites for its first display notch smartphone

Micromax has sent invites for the launch of its latest smartphone, and is also teasing the smartphone on its social media channels. It appears as if the domestic brand is finally jumping on the display notch bandwagon and launch its first display notch smartphone in India on December 18. The company on Wednesday sent block your date invites to the media to announce its new development. It also teased the new display notch smartphone through its social media handles. Micromax was once a popular Indian smartphone vendor, but in the recent past, it has remained rather mum, with the launch of just a limited number of models in the country. In late October, the company brought the entry-level Micromax Bharat 5 Inifity Edition and Bharat 4 Diwali that debuted with Android Oreo (Go edition).

As per the formal invite, the upcoming Micromax smartphone will sport a display notch design. The display highlighted on the invite appears to have a traditional notch that was first seen on the iPhone X last year. This is unlike a waterdrop display notch that featured on the models such as the Oppo A7 and Vivo Z3.

In addition to the invite, Micromax teased its first display notch smartphone through a tweet on Wednesday. The tweet carries #AboveTheRest hashtag to suggest that the new model could deliver competitive performance. There is also an image that shows a glimpse of the display notch and carries a tagline that reads, "Does the powerful excite you?" 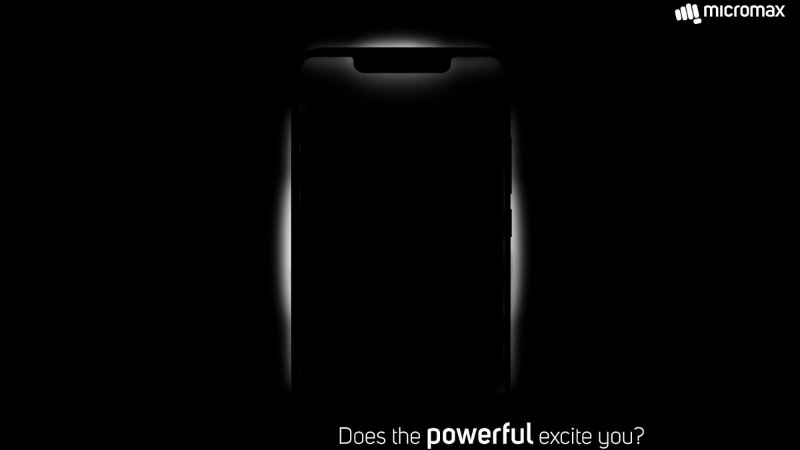 Specifications and price of the upcoming Micromax smartphone are yet to be revealed. Considering the initial marketing material, the Indian vendor is apparently in development to slowly make a comeback in the smartphone market that has largely been dominated by Chinese players such as Oppo, Vivo, and Xiaomi.

Further reading: Micromax
Jagmeet Singh Email Jagmeet Jagmeet Singh writes about consumer technology for Gadgets 360, out of New Delhi. Jagmeet is a senior reporter for Gadgets 360, and has frequently written about apps, computer security, Internet services, and telecom developments. Jagmeet is available on Twitter at @JagmeetS13 or Email at jagmeets@ndtv.com. Please send in your leads and tips. More
Russian Cosmonauts Take Samples on 6th Hour of Spacewalk to Crack Mystery
Huawei Fights US Spying Allegations on Crucial European Front

Micromax Will Launch the First Display Notch Smartphone in Its Lineup on December 18
Comment
Read in: हिंदी