Micromax Canvas Turbo Mini and Bolt A71 launched in India

The Micromax Canvas Turbo Mini and Micromax Bolt A71 have been priced at Rs. 14,490 and Rs. 6,750 respectively. The listing on Micromax online store notes that both the smartphones can be delivered in 7 to 10 business days.

Micromax finally introduced the Canvas Turbo Mini, which was listed on the company's site recently, but without pricing and availability details. The Micromax Bolt A71 however, was spotted earlier this month at an e-commerce website with a price tag of Rs. 6,750.

The Micromax Canvas Turbo Mini (A200) features a 4.7-inch (720x1280 pixels) HD IPS display. It is a dual-SIM (GSM+GSM) device, which runs Android 4.2 Jelly Bean out-of-the-box. The official listing of the smartphone notes that the device supports one regular SIM, and one Micro-SIM. 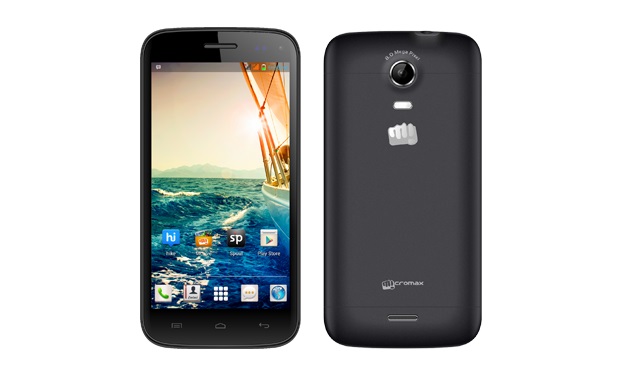 The Canvas Turbo Mini is powered by a 1.3GHz quad-core MediaTek MT6582 processor with 1GB of RAM. It features 4GB of inbuilt storage, which is further expandable up to 32GB via microSD card. It sports an 8-megapixel rear camera with LED flash, while there is a secondary 5-megapixel front-facing camera also onboard.

On the connectivity front, the Canvas Turbo Mini features 3G, Wi-Fi, Micro-USB, and Bluetooth. The yet-to-be-announced Micromax Canvas Turbo Mini packs an 1800mAh battery, which according to the listing, delivers up to 6.5 hours of talktime and up to 180 hours of standby time on 2G network. The smartphone also comes with some preloaded apps such as games (Bubble X Slice and Catch a Mouse), Kingsoft, Hike, Opera Mini and M! Live. 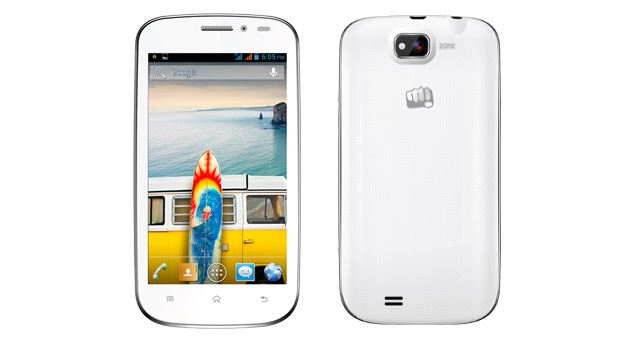 The Micromax Bolt A71 on the other hand runs Android 4.1.2 Jelly Bean and is a dual-SIM phablet with support for GSM+GSM. It features a 5-inch WVGA (480x800 pixels) display, and is powered by a 1GHz ARM Cortex-A5 processor along with 512MB of RAM.

The Bolt A71 sports a 2-megapixel fixed-focus rear camera accompanied by an LED flash and also includes a VGA front-facing camera. It comes with 512MB of inbuilt storage, which can be expanded up to 32GB with the help of a microSD card. The Micromax Bolt A71 packs a 2000mAh battery, which as per the company's online listing can deliver up to 5 hours of talktime and up to 200 hours standby time. Connectivity options on the phablet include Bluetooth, Wi-Fi, GPRS, EDGE, GPS/ AGPS and 3G. The Micromax Bolt A71 measures 148.9x78.6x10mm.