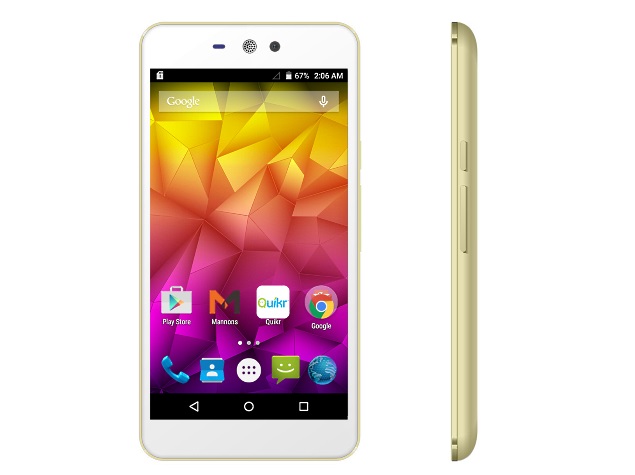 The new smartphone from Micromax will come with bundled data offer from Vodafone offering up to 500MB 3G data free for first two months. The company has announced that the Micromax Canvas Selfie Lens smartphone will be available via online and offline stores in White and Champagne as well as Moondust Grey colour variants.

The firm claims the highlight of the Micromax Canvas Selfie Lens are its presets and filters settings for taking photos, including a face beauty mode. It sports an 8-megapixel rear camera with Sony sensors and LED flash while also featuring a 5-megapixel front camera.

It includes a 2800mAh battery which can deliver up to 9 hours of talk time and 374 hours of standby time. Connectivity options on the Canvas Selfie Lens include Bluetooth 4.0, Wi-Fi, Micro-USB, GPRS/ EDGE, and 3G.

Micromax last week launched its new Canvas-series smartphone, the Canvas Sliver 5. The smartphone was priced at Rs. 17,999 and would be available starting the first week of July.