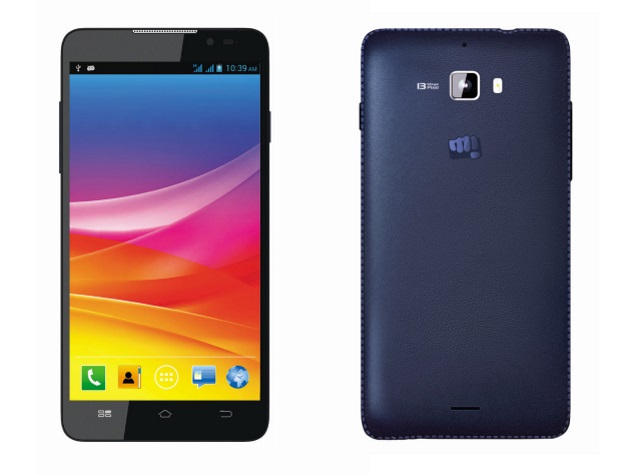 Micromax on Monday launched the Canvas Nitro (A310) in India, priced at Rs. 12,900, with exclusive availability via Snapdeal the same day after 2pm IST.

The dual-SIM Canvas Nitro runs on Android 4.4.2 KitKat, and features a 5-inch HD (720x1280 pixel) IPS display with an oleophobic coating. Micromax is also touting the smartphone's faux-leather back panel. It will be available in Mesmerising Blue, Pristine White.

The Micromax Canvas Nitro is powered by a 1.7GHz octa-core MediaTek MT6592 processor, coupled with 2GB of RAM. It features a 5-megapixel front-facing fixed focus camera, apart from a 13-megapixel rear autofocus camera.

The Snapdeal listing (which lists an MRP of Rs. 16,999) of the Canvas Nitro lists a 2500mAh battery that is rated to deliver up to 10 hours of talk time, and 320 hours of standby time. Smartphone features an accelerometer, ambient light, and proximity sensor.

The recently-launched Canvas Knight Cameo sports an 8-megapixel auto-focus rear camera with LED flash and full-HD (1080p) video recording support, while there is a 5-megapixel fixed-focus front-facing camera also onboard. The 8GB of inbuilt storage on the Canvas Knight Cameo A290 is expandable up to 32GB (via microSD card).